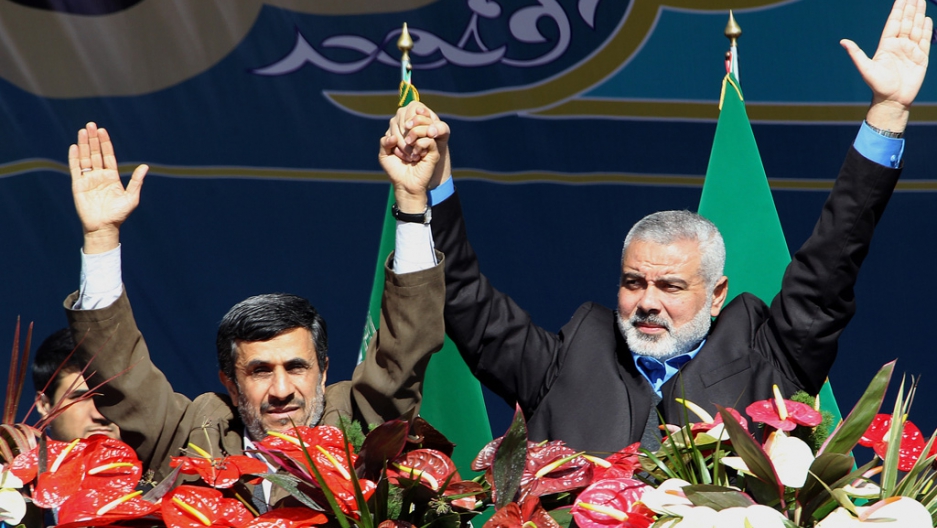 TEHRAN, Iran — On Saturday, tens of thousands of Iranians gathered in Tehran’s Azadi Square for the annual ceremony commemorating the anniversary of the 1979 revolution and the founding of the Islamic Republic.

After a week of heavy rain and snow, weather cleared to offer a rare day of blue sky in the perpetually polluted Iranian capital.

The event each year features a speech by the Iranian president, which was proceeded this year with an address by Hamas leader Ismail Haniya.

The Palestinian leader praised the Islamic Republic and signaled the continuing cooperation between Tehran and Gaza, stating:

“The Iranian people are a partner in this victory. God willing, we will meet you along with other Palestinians in a free Palestine, in its capital Al-Quds [Jerusalem]."

Given the recent heightening of tensions both between Iran and the West as well as within Iranian domestic politics, President Mahmoud Ahmadinejad’s speech was both uncharacteristically mild in tone and short.

Among the many aspects of Iran’s growth, economic and otherwise, that Ahmadinejad touted in the address was the achievements of the country's nuclear program, which he promised to announce “in the coming days.”

Iran steadfastly contends that its nuclear energy program is solely for peaceful purposes.

One issue the Iranian president did not address was the rising cost of living in Iran and Iranians' difficulties doing business internationally due to American and European sanctions on Iran.

More from GlobalPost: Iran economy hit by increased tensions with the West

Some discontent could be felt in the crowd, which was segregated by gender, as many in attendance carried signs and placards highlighting their allegiances to the Iranian nation and their Islamic version of governance, but also calling attention to recent events in the country and the world that have contributed to domestic tensions.

One woman in the front you wore a banner with a photograph of the recently killed Iranian professor and researcher, Mostafa Ahmadi Roshan, that read “I’m also a nuclear scientist.”

Another held a hand written sign that read “Mrs. Ashton, you are not worthy of Iran’s oil,” apparently directed toward EU foreign policy chief Catherine Ashton.

In another part of the crowd, close to the iconic Azadi or Freedom monument, was mounted a life-size replica of an American bat-winged RQ-170 Sentinel drone, which Iran claimed to have downed in December. Smaller cardboard versions of the surveillance drone circulated among attendees.

The rally comes at a time when Iran faces unprecedented pressure from mounting international sanctions. Iran's parliament, which is controlled mostly by opposition factions, places much of the blame on Ahmadinejad.

With parliamentary elections fast approaching on March 2, Ahmadinejad is hoping that candidates allied with his administration will be allowed to stand in elections, which many believe could increase his power base within the system.

In recent weeks several of his ministers and Ahmadinejad himself have been summoned by the parliament for questioning over his administration’s economic policies, amid accusations that some of his ministers have been involved in a multi-billion dollar bank fraud.