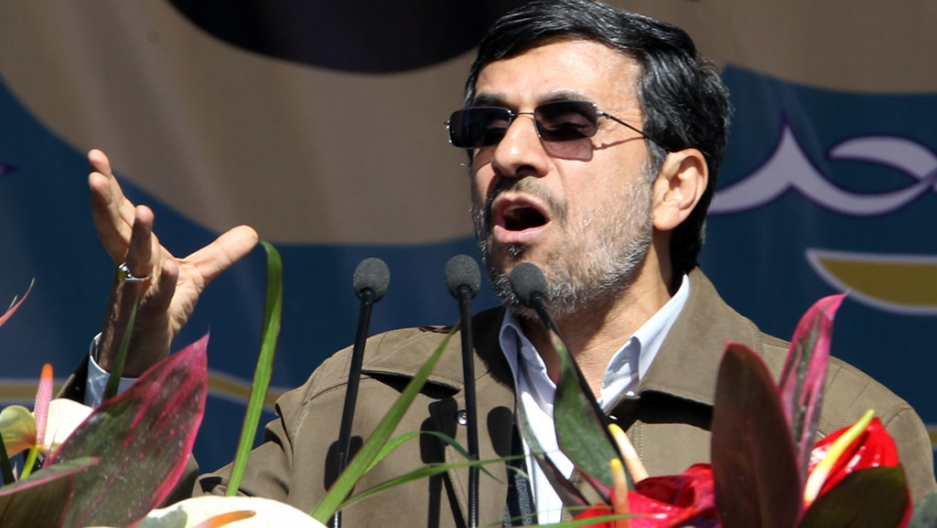 Iran will soon reveal its "very important" nuclear achievements, President Mahmoud Ahmadinejad told the nation today – as celebrations were underway to mark the 33rd anniversary of the Islamic revolution, the Associated Press reported.

More from GlobalPost: Strait of Hormuz: US warns Iran to keep the waterway open

Speaking at a rally capital Tehran, which was broadcast on state television, Ahmadinejad said the announcement would be made in the coming days, but did not give further details.

He did say, however, that in the near future "all the needs of the Iranian nation" would be met by its nuclear scientists, the BBC reported.

"God willing, the world will witness the inauguration of great achievements in the nuclear sphere in a few days."

Ahmadinejad also reiterated that Iran would never halt its program to enrich uranium, which can be used to make nuclear weapons.

More from GlobalPost: Iran's US terrorism claim: Tehran to send 'proof' of US-led plots to UN

He chastised the west for what he called its language of “force and insult,” saying that any talks with Iran over its nuclear program should be within the framework of “justice and respect.”

To mark the anniversary of the 1979 revolution, in which the pro-Western monarchy was toppled, tens of thousands of Iranians joined celebratory rallies across Iran.