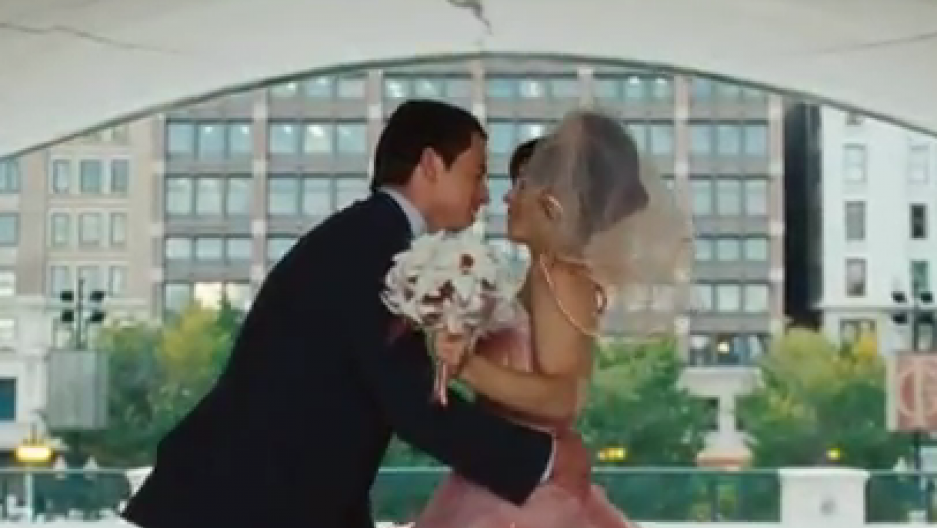 The Vow, starring Rachel McAdams and Channing Tatum, is one of three anticipated new releases out this weekend.

An action-adventure movie, a sci-fi flick and a romance film make up this weekend's movie new releases.

"Safe House," a CIA mole-thriller with Denzel Washington and Ryan Reynolds, "Journey 2: The Mysterious Island," a kid-friendly sci-fi adventure starring The Rock and Michael Cain and the tear-jerking amnesia romance "The Vow" starring Rachel McAdams and Channing Tatum all debut on the big screen.

Rafer Guzman, film critic for Newsday, said it's been a bad January and February for the movies, though things started to look up — at least in terms of box office receipts — last weekend.

But don't expect Journey 2 to be driving big audiences this weekend.

"I thought this one was terrible," Guzman said. "Everything in this film is made of styrofoam. The sets, the props, the actors, the script; it's all so bad. I really could not believe it."

Kristen Meinzer, culture producer for the Takeaway, said she agreed. The sets and character development are terrible. But she didn't think it was horrible as it was put together.

"I really think The Rock is so likable. He's so likable in the movie," Meinzer said. "He plays the ukelele, and he sings."

Safe House, Meinzer said, was good, but monotonous at times.

"I actually liked it," Guzman said. "I thought the action scenes were great. It's not a deep film, that's true. But what more do you want from an action film in February?"

The other anticipated movie this weekend is The Vow, which looks at a young couple that gets into a car accident and doesn't remember the last five years of her life. The man tries to get the woman to fall in love with him again.

"It's inspired by a true story," Meinzer said.

Meinzer said the amnesia premise is just so-so in the movie, but McAdams performed well. Tatum, on the other hand, was forgettable.

Guzman said he would not be seeing the movie.