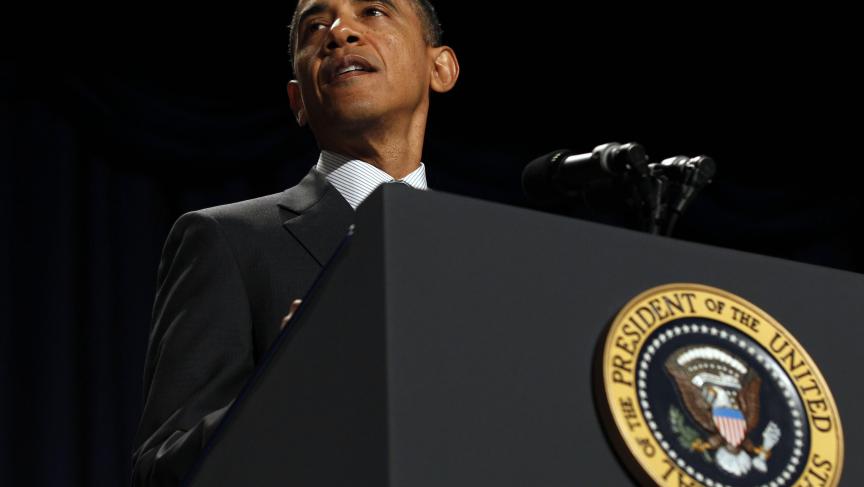 U.S. President Barack Obama is expected to announce a controversy with religious leaders over his administration's rule requiring coverage of contraceptives. (Photo by Larry Downing/Reuters.)

President Barack Obama Friday afternoon rolled out a compromise that will see charities with a religious objection to providing contraceptives exempted from having to pay for those services, shifting the burden instead to insurance companies.

Obama made the announcement flanked by Health and Human Services Secretary Kathleen Sebelius in a statement to the media.

"We fought for this because it saves lives and it saves money...for everyone," Obama said. "I've been confident from the start that we could work at a common sense approach on this issue. Religious liberty will be protected and a law that requires preventative care will not discriminate against women."

In his statement, Obama insisted he's intended to spend the next year — before the regulation goes into effect — formulating an acceptable solution for, for example, Catholic hospital and universities, but he accelerated the process after an outpouring of objections and some people's desire to turn the issue into a "political football." He insisted he has a great respect for the principle of religious liberty and didn't want to do anything to harm that.

"As a citizen and a Christian, I cherish this right," Obama said. But "everyone should be in control of the decisions that affect her own health."

The compromise is closely modeled on the law that's in effect in Hawaii — one of 28 states where contraceptive services are already required to be included in health insurance.

"Emulating Hawaii, where the rule is in effect, would mean that employees at religious institutions that do not offer free contraception in the health insurance plan can get birth control through side benefits, which the employees nominally pay for but which often end up being free," the New York Times writes.

Republicans and some Democrats had criticized Obama's decision. There was no immediate word on whether critics would be mollified by Obama's shift in direction.

But according to ABC News, both Planned Parenthood and the Catholic Health Association released statements Friday morning expressing their support for the announcement.