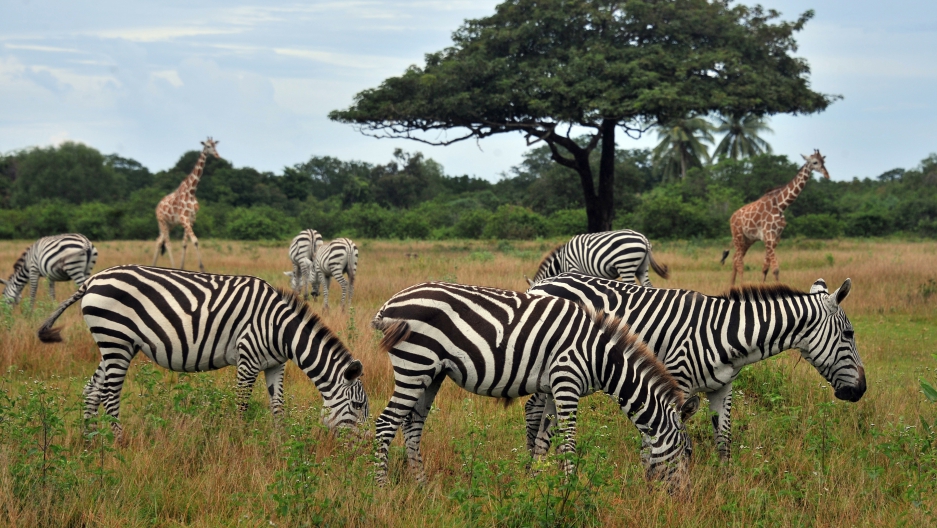 Move over, Rudyard Kipling: Scientists have come up with another explanation for how the zebra got its stripes.

In a report published in the Journal of Evolutionary Biology today, a team of researchers from Hungary and Sweden explain that the stripes help the animals avoid horseflies, known as tabanids, which carry disease and interrupt zebra grazing with their pesky biting.

Among several experiments that led the scientists to this conclusion: They placed four life-size plastic models of horses – one black, one brown, one white and one striped – in a field at a Hungarian horse farm, BBC Nature reported. Each was covered in a sticky substance that trapped flies where they landed.

Horseflies are attracted to horizontally polarized light, which often signals the presence of water, the researchers explained, according to the Christian Science Monitor. Zebras’ stripes reflect different polarizations of light, plus they are arranged vertically, so that might put horseflies off.

These findings don’t exclude other theories of why zebras have stripes, Matthew Cobb, an evolutionary biologist at the University of Manchester, told BBC Nature. (The other theories include the idea that the stripes prevent lions from picking out one zebra among many in a herd, according to Discovery News.)

"Above all, for this explanation to be true, the authors would have to show that tabanid fly bites are a major selection pressure on zebras, but not on horses and donkeys found elsewhere in the world... none of which are stripy," he told BBC Nature. "[They] recognize this in their study, and my hunch is that there is not a single explanation and that many factors are involved in the zebra's stripes.”

The study’s authors hope their research might inspire new ideas for protecting animals and people against harmful insects, Discovery News reported. "We have been breeding animals based on meat or milk production, and we haven’t paid much attention to their coat colorations or patterns," Susanne Åkesson, an evolutionary ecologist at Lund University in Sweden and one of the researchers, told Discovery News. "Maybe it's something we need to consider. Maybe there's some trick we can learn form the zebra that could help."