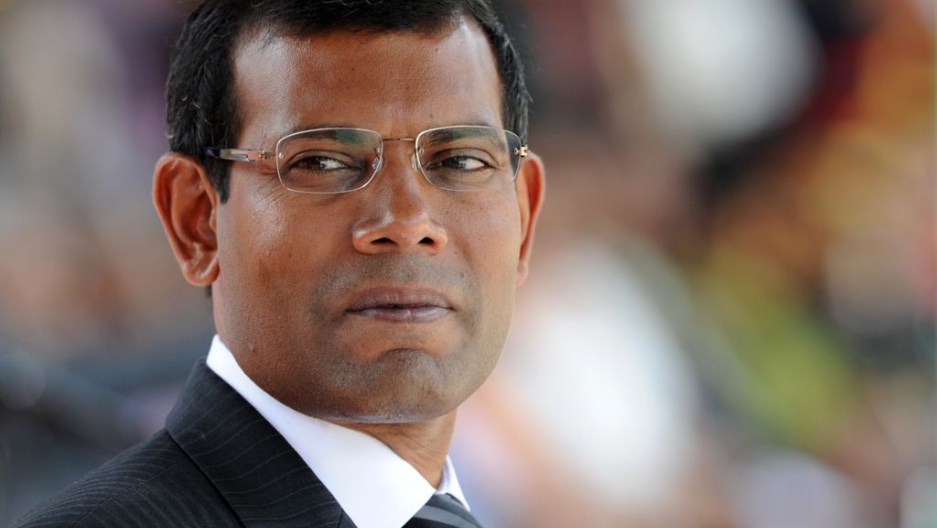 Mohamed Nasheed, the former president of the Maldives, claims his resignation yesterday was given under duress.

"I was forced to resign at gunpoint," Nasheed told reporters after a party meeting this morning, Reuters reported. "There were guns all around me and they told me they wouldn't hesitate to use them if I didn't resign."

By late today, "widepread" violence and public anger and at the president's ouster had spread to at least four outlying islands in the low-altitude archipelago, with angry protesters attacking police buildings and setting fire to government buildings, according to the Agence France-Presse news agency.

Earlier in Male, several hundred thousand supporters of the president had clashed with police, AFP reported. Chief Inspector Abdul Mannan Yoosuf was quoted as telling reporters that police were planning a joint operation with the military to restore order.

Nasheed's aides have backed up his account of his ouster, saying that more than 50 soldiers arrived at the presidential office and surrounded Nasheed, who promptly called a press conference to announce his resignation.

Nasheed called the alleged plot a "coup" and called for the chief justice to investigate.

According to the BBC, Nasheed claims it was carried out by police and army officers acting with the knowledge of his vice president, Mohamed Waheed Hassan, who was sworn in yesterday as Nasheed's replacement.

"Do I look like someone who will bring about a coup d'etat?" he said. "There was no plan. I was not prepared at all."

However, both the BBC and Reuters reported that the streets were otherwise calm, with security forces largely absent.

Nasheed called on Hassan to step down and for elections to be held immediately.

Presidential elections are due in 2013, and Hassan has indicated they will not be brought forward.

Nasheed has hinted he may run for re-election, telling Al Jazeera: "We are certain that the peple of this country are with us."

His resignation was preceded by weeks of public demonstrations against him and a mutiny by some police officers.