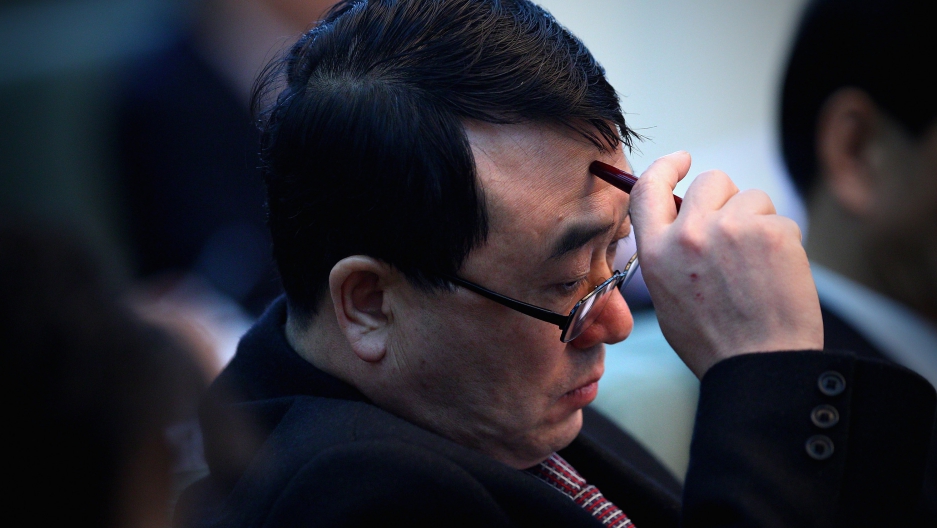 Wang Lijun, who left his post as police chief last week, is rumored to have gone to the US consulate to seek asylum.
Credit: Feng Li
Share

A Chinese police chief, who is also the deputy mayor of the large city Chongqing, has taken leave on Wednesday, as rumors circulate that he is seeking asylum in the United States, the Associated Press reported.

Wang Lijun, 52, is known throughout China for his anti-corruption methods and busting organized crime gangs, has reportedly taken leave due to being overworked and suffering anxiety, according to the city government on Chongqing.

"It is understood that Vice-Mayor Wang Lijun, who has suffered overwork and immense mental stress for a long time, is seriously indisposed physically. He is currently undergoing a holiday-style treatment,” the Chongqing government said in a statement, the Daily Telegraph reported.

He left his position as police chief last week, which many believe is due to a falling-out, over a corruption probe, with the Communist Party secretary Bo Xilai, the AP reported. His departure fueled rumors that Wang went to the US consulate in Chengdu for asylum, hours from Chongqing by car, Reuters reported.

Rumors of Wang fleeing to the US came hours before the government released the statement about his absence, after widespread internet claims spotted Wang at the US consulate, the Daily Telegraph reported. Witnesses, who posted their accounts of seeing Wang on social media sites, said they saw the US compound surrounded by police shortly after Wang arrived.

Reports of Wang seeking refuge in the US have yet to be confirmed. The Chinese Foreign Ministry spokesman Liu Weimin said he had “no information” about the rumors, Reuters reported.

Rumors of Wang’s departure could hurt Bo, who likely plans to take the spot as the Communist Party’s next central leader, which is to be settled by late 2012, Reuters reported.

"This will be a big blow to Bo Xilai, because Wang was instrumental in his anti-organized crime campaign, and that was instrumental in building Bo's appeal in public opinion and even among officials," said Chen Ziming, an independent scholar who studies party politics, Reuters reported. "Now the hero of that campaign has turned into a scandal, so at the least that's a blow to Bo's public prestige.”