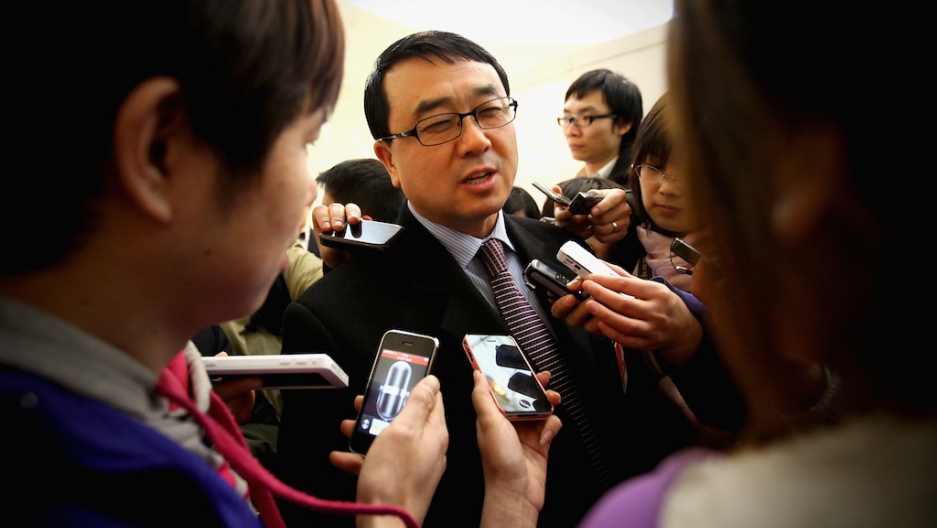 Chongqing's Wang Liqun answers media questions after a meeting during the annual National People's Congress at the Great Hall of the People on Mar. 6, 2011 in Beijing, China.
Credit: Feng Li
Share

A political thriller is playing out in real time in China, with rampant speculation over just what has happened to the man best known for busting triads and corruption in the megalopolis of Chongqing.

The drama sparked off when Wang Liqun, famous as the corruption fighter of Chongqing, was reassigned to a different job about a week ago. Speculation spread across the internet, mostly on Sina Weibo, over what was happening behind the scenes.

On Wednesday, the drama ratcheted upward when pictures began emerging on Weibo of armed police troops around and near the US consulate in Chengdu — the nearest US government presence to Chongqing.

The going rumor: That Wang, desperate to save himself from politically motivated punishment for crossing the notoriously ambitious Communist Party chief of Chongqing, Bo Xilai, had turned up at the consulate with incriminating documents, asking for asylum in return. Gossip says Wang's plea was rejected and he walked out of the embassy into the waiting arms of security forces.

More from GlobalPost: Has people power in China gone mainstream?

Wang could not be reached on Wednesday and the US embassy in Beijing wouldn't comment on the matter, so it's been impossible to confirm the reports or find original sources.

But it's apparent something strange is afoot. On its official Weibo account, the Chongqing city government posted that Wang is undergoing "vacation-style medical treatment," for overwork and exhaustion.

More from GlobalPost: Was Chairman Mao a malaria fighter?