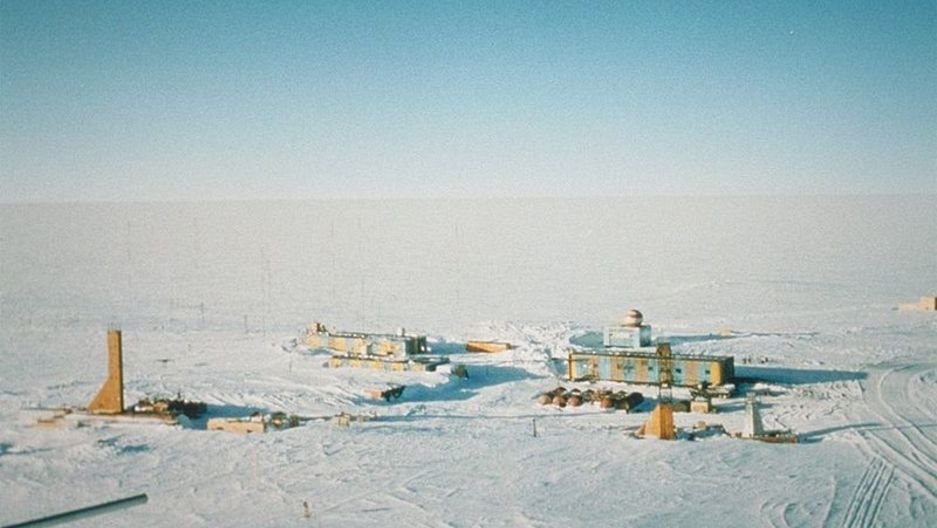 The Vostok site was chosen by the Soviet Union for the deep coring possibilities it offered. French and, later, American scientists became interested in the Soviet research and began to participate in coring activities at the site. (Photo by Todd Sowers/N

Russian scientists and engineers are believed to have completed a nearly 50-year project to drill down through the Antarctic ice cap to a frozen lake some 2.2 miles beneath the surface.

The lake is believed to have been frozen over for 20 million years and so may represent a window not only to the past, and potentially be home to previously undiscovered life forms, but it may also represent a view of what life is like on watery moons of Saturn and Jupiter.

"There's pressure. It's quite cold. There's no light down there. There may be no life at all, it could be a completely baren environment just with water. Who knows?" Black said. "But, until you go down and sample it, you'll never know. And these are the first guys to do it."

The sampling process, however, has scientists worried. They're concerned that the drilling fluids will contaminate the lake. The Russian scientists are believed to have taken precautions to try and prevent that.

Black said climate change scientists have already benefitted by the work done by Russians at Lake Vostock. The project there has produced some of the largest ice cores in history, which provide a window on the changing Earth climate over hundreds of thousands of years.

Now it's biologists and astrobiologists turn to hopefully learn something from this frozen spot on the bottom of the world.

"There's a lot of talk about going into Europa, the moon of Jupiter, which appears to be an icy covering on liquid water," Black said. "How are you going to do that? Maybe you're gonna use some of the things that have been tried here in Antarctica."

The break-through comes just in time for the arrival on Antarctica's winter, when machinery must stop and humans have to choose whether to hunker down for the winter or leave with the intention of returning come warmer weather. Black said there are reports that the team has left and will return to its scientific exploration in the southern hemisphere's summer season.

"They don't appear to have any samples yet. It looks likely they will get the samples when they go back next year. And then the race is on, because a British team is also trying to get samples from another lake, and there's a U.S. team out there as well," Black said. "Three-nation race."