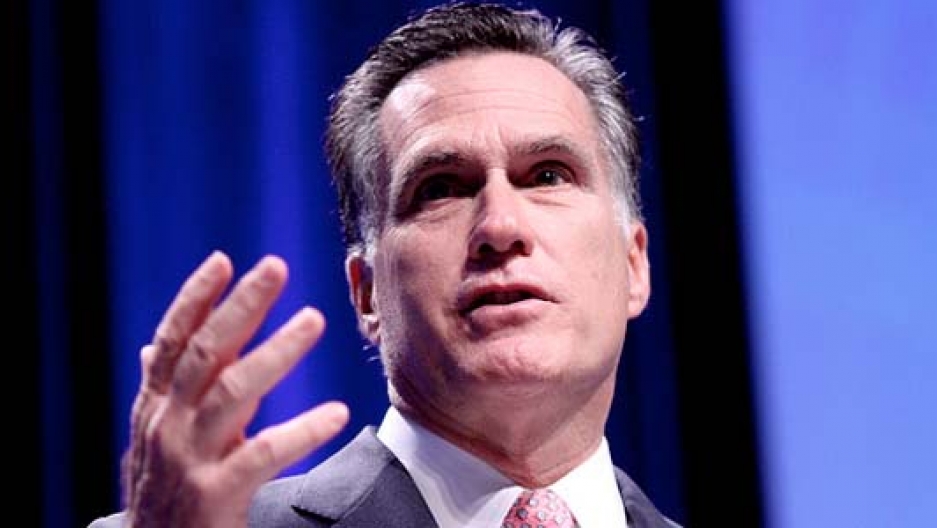 Share
If you visit the Mitt Romney for president web site, it lists his positions on a range of issues: taxes, trade, healthcare and foreign policy to name a few. You won't find a single mention of climate change. That's a big shift from four years ago. Here's what the Republican presidential candidate John McCain was saying about climate change. "It's real. It's a danger to our planet, it's a danger to the future of these young people who are in front of me and their children. And it's got to be stopped." You won't hear talk like that from any of the Republican presidential candidates this go-round. There's a reason for that, said David King at Harvard's Kennedy School of Government. "In a time of real economic distress, who is paying attention to global climate change? And especially if the costs of solving the reality of global climate change are so high they're going to come directly in conflict with the economy, with jobs, and who wants to face that reality?" But the Republican presidential candidates are more than just ignoring the issue, they're running away from it. Take the case of Newt Gingrich. He appeared in a commercial in 2008 sitting on a couch next to Speaker of the House Nancy Pelosi. The two politicians introduce themselves, then Pelosi says, "We don't always see eye to eye, do we Newt?" Gingrich responds, "No, but we do agree our country must take action to address climate change." Gingrich has had to answer repeatedly for that commercial during this campaign season. Here's what he told Fox News. "It's probably the dumbest single thing I've done in recent years. It is inexplicable." Gingrich also said he's scrapping a chapter about climate change in his new book. William Moomaw with the Fletcher School at Tufts University said the Republican candidates are distancing themselves from the issue for ideological reasons. "They believe that addressing climate change will require government action, or even worse, intergovernmental action." Moomaw said to understand just how far the Republican Party has shifted on environmental issues, consider the case of the incandescent light bulb. President George W. Bush signed a law in 2007 that requires new bulbs to be 30 percent more efficient. Moomaw said many Republicans now see that law as a source of government intrusion. "Candidates like Michele Bachmann were jumping up and down and shouting how they were going to repeal this — to be denied their right to put any lightbulb in any socket in America is just too much control, a loss of freedom." But it's not just the Republican Party that's not addressing climate change. President Obama has fallen virtually silent on the issue. If you visit his 2012 presidential Web site, you'd be hard pressed to find any mention of climate change and global warming. That's a political calculation, said David King at Harvard. "If there's no benefit politically to talking about global climate change, then you just keep your mouth shut." Perhaps the president and the Republican candidates are simply following our lead. According to a recent poll from the Pew Research Center, Americans ranked global warming as the least important of 22 priorities, just behind campaign finance reform.