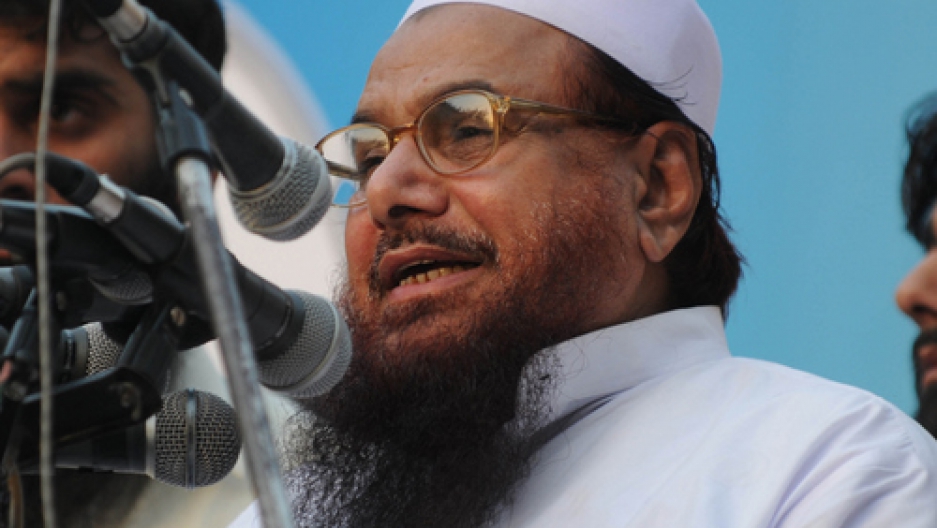 Considered by India and others to be the founder of the notorious Lashkar-e-Taiba terrorist group, Saeed is there to convince the U.S. that it must support Pakistan's military-spy agency shadow government, lest its democratic institutions throw up a dangerous radical.

“These rallies are purported to convey the depth of popular anger on Pakistani streets against the US. By claiming cognisance of this public opinion, Pakistani Army can drive a harder bargain while striking any deal with the US. In comparison to these venom-spewing jehadis, Pakistan Army ought to look reasonable and moderate to the decision-makers in Washington,” Singh writes. “Such portrayal buttresses the argument, most recently made by Anatol Lieven, that Pakistan Army must be strengthened to keep Pakistan together.”

The question is whether Washington is once again willing to be blackmailed by a country forever holding a gun to its own head, so to speak. Or will America treat Saeed and his backers with the same regard they did Osama bin Laden.

(Note: I'm a big short of sleep today.... So I had to fix this post to reflect that Singh wrote this column for Mid Day, not the publication that he edits).