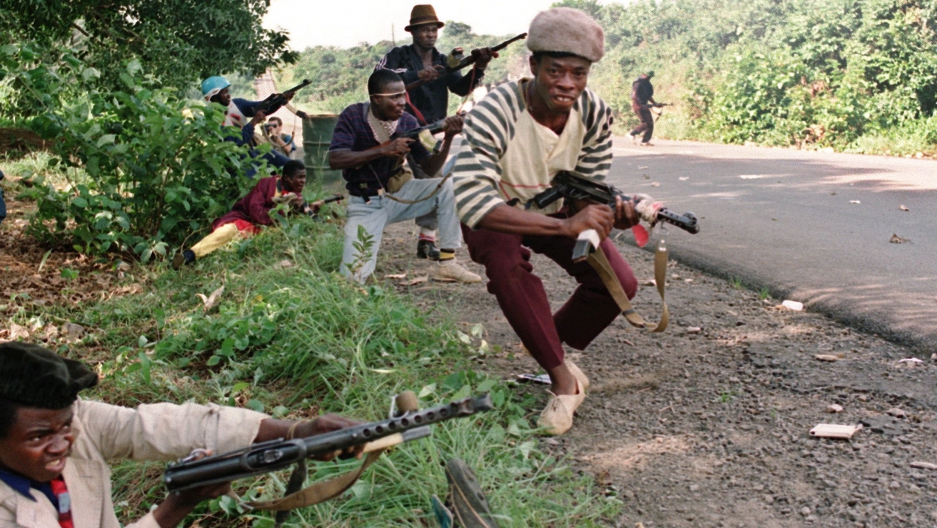 Around a quarter of a million people died during Liberia's 1989-2003 civil war.
Credit: PASCAL GUYOT
Share

George Boley, the former Liberian rebel leader, is to be deported from the US over his role in the West African nation’s civil war in the 1990s.

A US immigration judge in Batavia, New York said Monday that Boley, 62, who has been in custody for two years, should be removed from the country, as evidence showed that the ex-Liberian Peace Council (LPC) leader had been involved in killings and recruited child soldiers, the BBC reported.

Immigration officials said it was the first time the recruitment of child soldiers had been used as grounds for removal from the US.

Today’s decision follows a 2010-2011 trial at which US Immigration and Customs authorities argued that Boley had committed atrocities during Liberia’s 1989-2003 civil war, during which around a quarter of a million people died, and was in the US without valid documents, according to the Associated Press.

Boley has raised a family in the US, and worked as a public school administrator in upstate New York. He was arrested in 2010 while living near Rochester, and has 30 days to appeal Monday’s deportation ruling. His family adamantly denies the allegations made against him.

The LPC was one of the largest of seven armed groups fighting each other at the height of Liberia’s civil war. Testifying before the country’s Truth and Reconciliation Commission in 2009, Boley maintained there must have been two groups calling themselves the LPC, and denied that his forces had committed human rights violations.