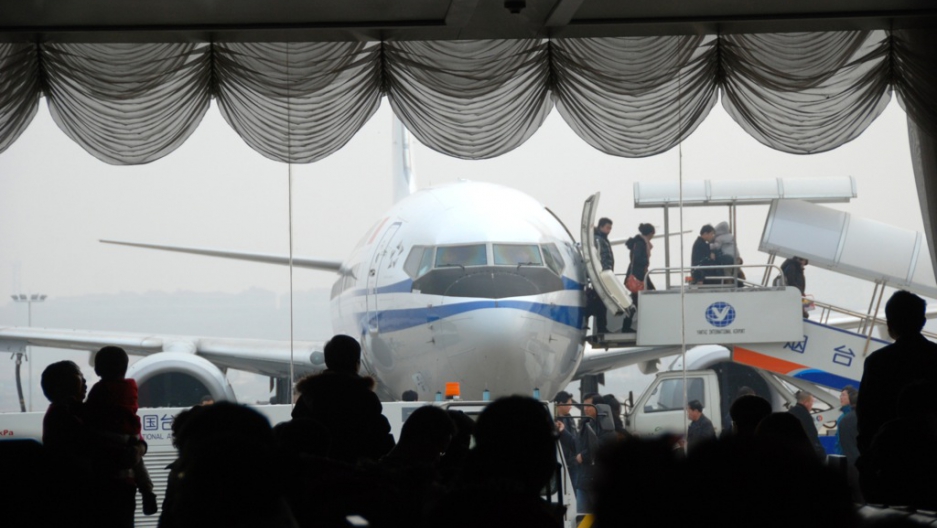 Passengers watch as a Chinese passenger plane unloads travellers at the airport in Yantai, in eastern China's Shandong province on February 6, 201. China said it has banned its airlines from complying with an EU scheme to impose charges on carbon emissions opposed by more than two dozen countries including India, Russia and the United States.
Credit: STR
Share

More from GlobalPost: China orders airlines not to pay Europe for carbon emissions

The world's largest producer of carbon emissions has fought longstanding battles against worldwide emissions targets and caps, and is now labeling the EU tax unreasonable. State-run media have taken up the cause, saying the tax penalizes developing countries, a bloc where China has worked hard to tag itself the leader.

More from GlobalPost: China joins US in opposing EU carbon tax on airlines

"In this way the underdevelopment and disadvantage of developing countries, which have been caused, to certain extent, by some European countries' colonization, is feeding the greediness of their former colonizers," the state-run China Daily newspaper said in an editorial on Tuesday about the EU carbon tax. "We must fight against it."

The newspaper said Chinese airlines estimate the tax would force them to raise prices by about $48 per passenger ticket.