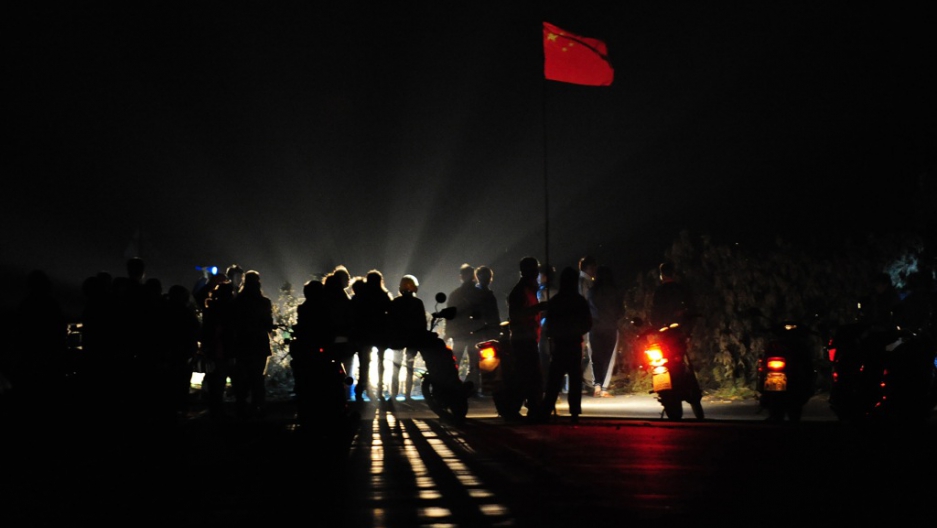 Villagers dismantle a tree barricade on a bridge leading into the village of Wukan, after residents reached an agreement with government officials over illegal land grabs and the death in custody of a local leader in Wukan, Guangdong Province on December 20, 2011. The village of around 13,000 inhabitants accused local officials of stealing communal land without compensating them with anger boiling over with the death in police custody of a village leader tasked with negotiating with authorities over the row.
Credit: Mark Ralston
Share

Almost half of China's farmers have lost their land under shady circumstances to the government and developers, further feeding the country's simmering problem of unrest caused by land losses and forced relocation.

A new study published on Tuesday found that 43 percent of China's farmers have fallen victim to land grabs, often orchestrated by local governments, leaving property holders unfairly compensated and lacking in means to make a living.

Last year, surveys showed that more than half of China's tens of thousands of protests per year are directly related to land loss and forced resettlement.

The survey, which was originally published in the 21st Century Business Herald, found that farmers typically received less than market value in compensation when their land was taken, furthering a sentiment of unhappiness toward the government and potential political turmoil. Almost one-quarter of them got no compensation at all.

The land situation came to a head in Wukan, in the Guangdong province, late last year when villagers took over the town government offices and ran officials out of town. Remarkably, Wukan has been a success story; last week marked the first step to what residents vow will be free elections for a new town leadership.