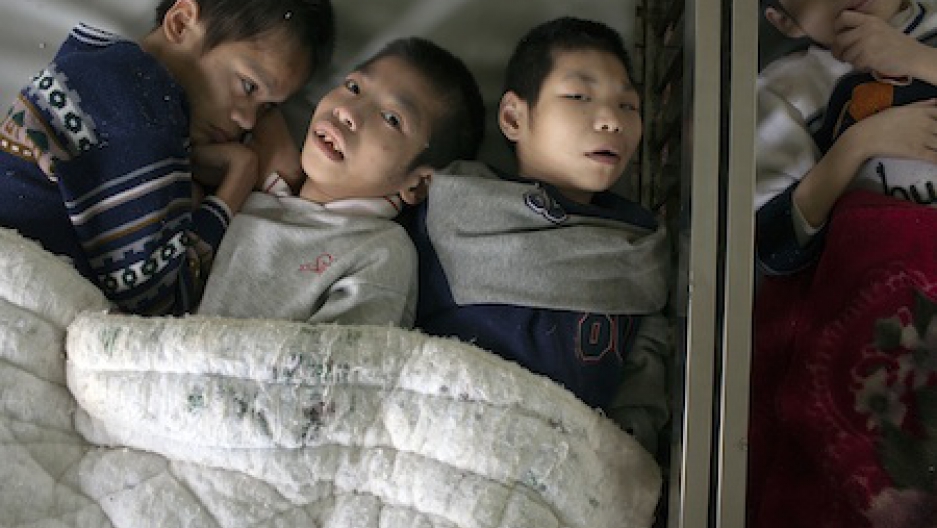 BA VI, VIETNAM: Handicapped orphans are fed by the medical staff at the Ba Vi orphanage. These young children represent the 3rd generation of Agent Orange victims more than 30 years after the war in Vietnam, where a battle is still being fought to help people suffering from the effects of the deadly chemical.
Credit: Paula Bronstein
Share

Monsanto, the U.S. corporation controlling an estimated 90 percent of the world's seed genetics, is gearing up for a return to Vietnam.

Monsanto isn't a household name in Vietnam. But one of its former products, the killer Vietnam War-era military defoliant Agent Orange, remains infamous.

According to this impressive report by Vietnam's Thanh Nien news outlet, a contingency of activists feel the firm has no right doing business in the country, where the chemical is estimated to have killed 400,000, deformed another 500,000 and stricken another 2 million with various diseases.

These days, Monsanto's interests in Vietnam are strictly agricultural. The Vietnamese government, according to Thanh Nien's magazine Vietweek, is courting Monsanto to bring in genetically modified seeds that could boost crop yields.

Monsanto is, of course, highly aware of Agent Orange's reputation and has fought numerous lawsuits filed by chemical's victims both Vietnamese and American. The chemical, commissioned by the U.S. military, was dumped over jungles to kill vegetation and rout communist forces.

In Monsanto's own primer on the Agent Orange era, it casts the chemical as patriotic -- it was meant "to save the lives of U.S. and allied soldiers," Monsanto says -- and contends that the matter "should be resolved by the governments that were involved."

Keeping Monsanto out of Vietnam already appears to be an uphill fight.

A Vietnamese legislator and former deputy defense minister has, according to Thanh Nien, faced evasion when he tried to raise the issue with the ruling communist government.