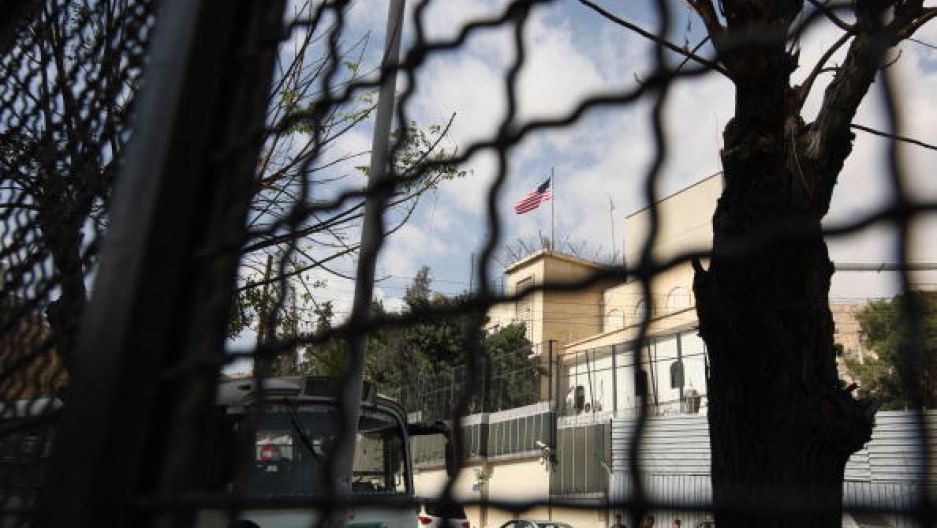 The U.S. flag flutters over the U.S. Embassy in Damascus in October 2008.
Credit: Louai Beshara
Share

BEIRUT, Lebanon — The United States ordered the closure of its embassy in Syria on Monday, just two days after it failed to pass a resolution condemning the violence there in the UN Security Council, CNN reported.

In a statement posted on the State Department website, spokeswoman Victoria Nuland said, "The recent surge in violence, including bombings in Damascus on December 23 and January 6, has raised serious concerns that our Embassy is not sufficiently protected from armed attack. We, along with several other diplomatic missions, conveyed our security concerns to the Syrian Government but the regime failed to respond adequately."

Update: The National Post reports that Canada has decided to maintain its embassy in Damascus, with a foreign mininstry spokesman saying Canada had reached different conclusions on the best course of action in the broadening Syrian crisis.

The US quietly pulled out its staff over the weekend and notified the Syrians of the closure only after everyone had left the country.

The State Department said that Ambassador Robert Ford remained "the United States Ambassador to Syria and its people." Noting that Secretary of State Hillary Clinton said the US is "gravely concerned" over the recent upsurge in violence, the statement said Ford would work in Washington and continue to "maintain contacts with the Syrian opposition and continue our efforts to support the peaceful political transition which the Syrian people have so bravely sought."

Poland said its embassy in Syria will help those Americans who remain, but a diplomat told CNN he does not expect that many Americans will remain in the country. "This is a decision we never take lightly. Our embassies are a very important part of our diplomacy around the world," the official said.

"We follow with great anxiety and irritation developments in the field situation in Syria, and the escalation of military operations in the city of Homs and rural areas of Damascus, and the Syrian armed forces' use of heavy weapons against civilians," Arab League chief Nabil Elaraby said in a statement on Monday, Reuters reported. Elaraby predicted that conditions may lead Syria to "slide toward civil war."

ABC reported that the American embassy, which like other embassies is to be protected by government-provided forces, had been attacked by mobs of government supporters, and Ford had been criticized for disobeying restrictions on his travel. The US Embassy in Damascus Facebook page and Twitter page posted messages that riled Syrian government officials.