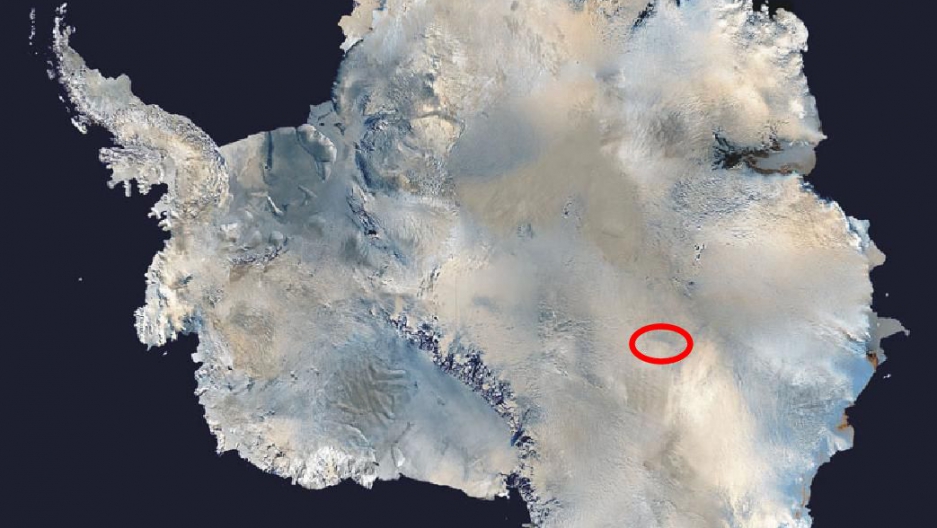 "Yesterday, our scientists stopped drilling at the depth of 3,768 meters and reached the surface of the subglacial lake," an unnamed source told Russian news agency RIA Novosti on Monday.

There had been concern for the researchers' safety after they dropped out of contact with American colleagues for more than five days.

They now appear to be back on the radar, however. Dr John Priscu, a Montana State University microbiologist who has been in touch with the team from Russia's Arctic and Antarctic Research Institute (AARI), told Fox News: "They are very capable scientists and drillers and the thought never entered my mind that they are in any kind of danger."

Lake Vostok is the largest in a network of more than 200 subglacial lakes in Antarctica. Roughly the size of Lake Ontario, it is buried under more than two miles – or 13,000 feet – of ice. Scientists say it hasn't been exposed to air in some 20 million years.

Its icy conditions are said to be similar to those of Jupiter's moon Europa and Saturn's moon Enceladus, and researchers hope studying its waters will provide insights into the possibility of life on either of those two bodies.

The AARI team starting drilling on Jan. 2, according to the BBC, and were progressing by around 5.7ft per day. They neared the final 16 to 32ft on Jan. 12, at which point they planned to switch from a large ice-coring drill to a smaller thermal one equipped with a camera.

They are using a special technique to minimise the risk of contaminating Vostok's previously untouched waters, PhysOrg.com explained: "When the drill reaches the lake, the water pressure will 'push the working body and drilling fluid upwards in the borehole,' where it will freeze. The researchers will then return during the next Antarctic summer to remove the frozen water for analysis."

The challenge now will be to safely exit the site before the Antarctic winter gets into full stride and aircraft can no longer operate. According to Russian TV network RT, temperatures average -66 degrees Celsius at the Vostok Antarctic research station, which was also the scene of the coldest temperature ever measured on Earth: -89.2C in 1983.

The Russians are in "friendly competition" with American and British teams to explore the region's hidden lakes, the BBC said. Reseachers from the British Antarctic Survey plan to begin drilling down to Lake Ellsworth later this year, while US scientists are hoping to study the subglacial Whillans Ice Stream.