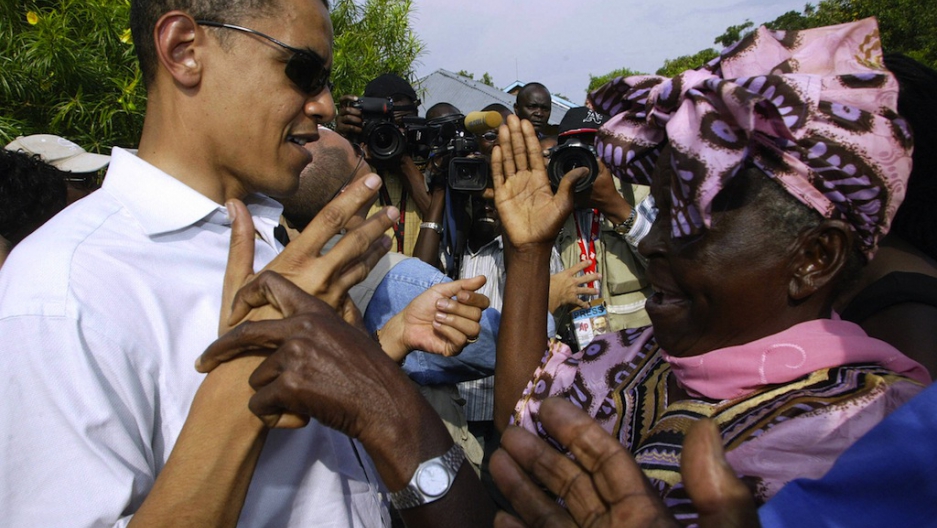 NAIROBI, Kenya — Local television footage shows the smashed windscreen and battered car that was carrying Sarah Onyango Obama, the president's grandmother, when it rolled off a country road on Saturday night.

More from GlobalPost: Obama's grandmother in Kenya gets beefed up security

The 90-year-old, referred to as "Granny Sarah" in Barack Obama's memoir "Dreams from My Father," was only lightly injured and is now back at her home in the village of Kogelo in western Kenya.

One of the president's uncles, Sayid Obama, told me that his mother was fine and back at home.

According to local witnesses the accident happened at about 9 p.m. on Saturday night when the driver lost control of the car which swung off the paved road and then rolled into a ditch. The passengers — Sarah Obama, two bodyguards and one other — were treated at a local hospital before being discharged.

Sarah Onyango Obama was the third wife of Hussein, Barack Obama's grandfather, and attended the president's inauguration ceremony in Washington in January 2009.