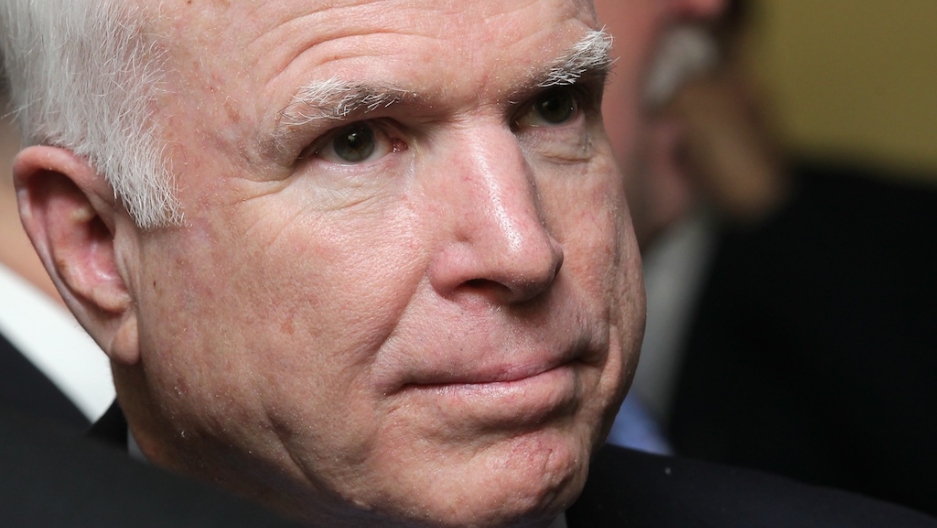 US senator John McCain looks on during day one of the 48th Munich Security Conference at Hotel Bayerischer Hof on February 3, 2012 in Munich, Germany. The 48th Munich conference on security policy is running till February 5, 2012.
Credit: Johannes Simon
Share

US Sen. John McCain irked Chinese officials over the weekend by doing something that American officials rarely do anymore — challenging China's narrative in public.

McCain, who lost the president race to President Barack Obama in 2008, told a senior Chinese official that it's only a matter of time before the Arab Spring filters in to China.

Beijing reacted last year to tiny protests in the Chinese capital with overwhelming force and a huge police presence, then systematically spent months clamping down on its critics, arresting, detaining and threatening those who questioned officialdom.

According to Reuters, while speaking at a panel in Germany, McCain told China's Vice Foreign Minister Zhang Zhijun that the ongoing protests and self-immolations on the Tibetan plateau are a sure sign that change is inevitable.

More from GlobalPost: China says "No sweat" over Tibet

"It is a matter of concern when Tibetans are burning themselves to death because of the continued repression of the Tibetan people in your country," McCain reportedly said. "I have said on many occasions and I will say again the Arab Spring is coming to China as well."