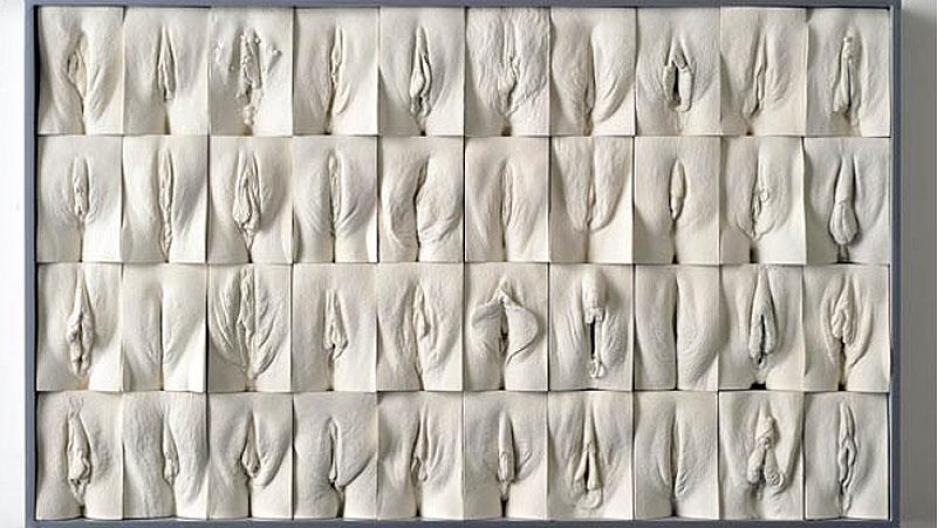 Close up of one of the ten panels in the Great Wall of Vagina. Each panel contains 40 casts.
Credit: J. McCartney
Share

The feedback on “The Great Wall of Vagina” has been mixed so far.

Some call it the new wonder of the world, others declare the whole thing so gross it would make one “instantly gay.”

How many plaster casts does it take before you don’t ever want to see another vagina ever again?

So far, McCartney has accumulated casts taken from the genitals of 400 different women.

The Great Wall of Vagina exhibition debuted at last year's Brighton Fringe Festival, and the artist continues to add to his collection.

“For many women their genital appearance is a source of anxiety and I was in a unique position to do something about that,” he writes on The Great Wall of Vagina website.

According to the artist, this worrying trend to create '"perfect" vaginas is the Western equivalent of female genital mutilation, and sets a troubling precedent for future generations of women.

As part of this ongoing quest, McCartney is still looking for models.

I have previously reported on the “designer vagina” trend in plastic surgeries for GlobalPost.

The surgeon I interviewed, one Dr. Svoboda, uses an extensive and detailed catalog of almost 100 different vulvas that his friend drew for him, all from memory.

His Prague patients page through the catalog and choose exactly what look they preferred. Numbers 59 and 78 from the vagina diary — both minimal-labia versions — are all the rage, apparently.