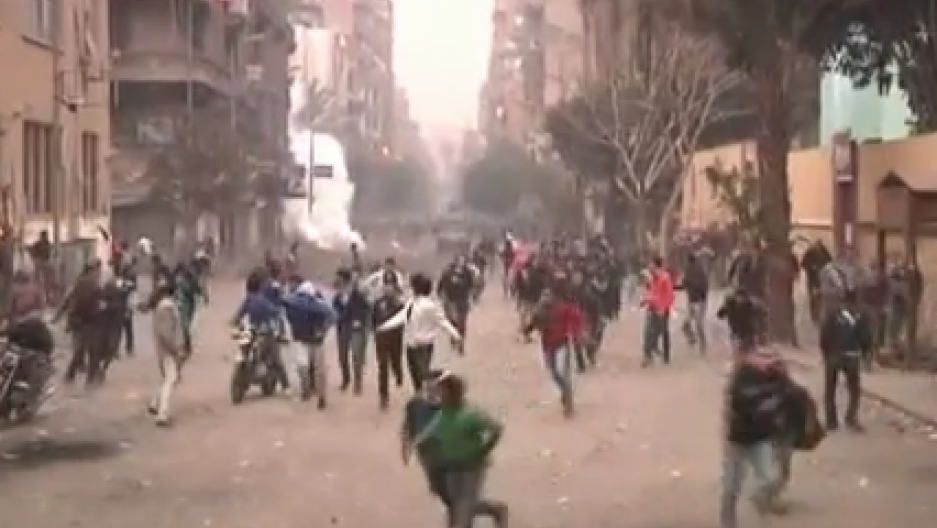 Riots continue into a fifth day in Cairo as protesters express their anger over the government's failure to stop a deadly riot last week and the military's continued reluctance to hand over power to a civilian government. (Photo from Reuters vid

Egypt is moving forward with plans to place 19 Americans and about 25 other Egyptian and foreign nationals on trial for establishing foreign-funded non-governmental organizations in Egypt.

The ruling military council has accused the NGOs of funding street protests against the regime and ordered the raids on the NGOs' offices. Employees adamantly deny any involvement on the part of the NGOs, which were invited into Egypt in the run-up to parliamentary elections. Now those same invited NGOs, more precisely their employees, are facing criminal charges for running a foreign-funded operation under a Hosni Mubarak-era law. The U.S. government had previously warned Egypt not to press criminal charges against the groups, lest they lose the $1.6 billion in aid the U.S. sends to Egypt every year.

So far, that's proven unpersuasive. U.S. State Department spokeswoman spokeswoman Victoria Nuland said the government was "deeply concerned by these reports" of criminal charges being filed as was seeking clarification from Egyptian officials.

According to the BBC, Human Rights Watch criticized Egypt for its actions to prosecute the NGOs.

"Foreign funding is their lifeline. Egypt's military government is now using the kind of tactics used by Zimbabwe and Ethiopia to silence independent voices," the group said to the BBC.

Egypt has imposed a travel ban on all of the individuals facing charges, broadening a ban that had previously kept six Americans in the country involuntarily. At least three of them sought — and received — refuge and protection at the U.S. Embassy in Cairo.

The son of U.S. Transportation Secretary Ray LaHood, Sam LaHood is among those facing charges, though his whereabouts aren't presently publicly known. He was barred from leaving Egypt late last month.

The New York Times reports that so far no arrests have been made.