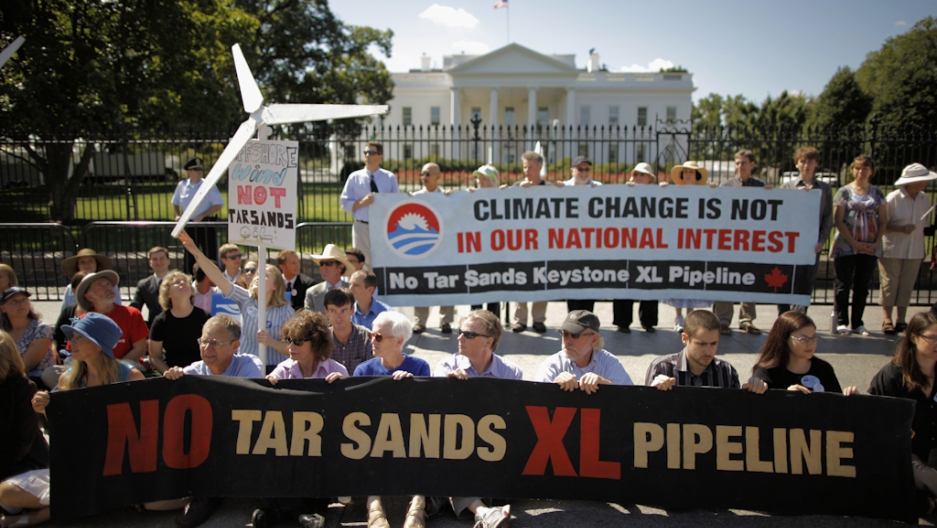 More than 50 demonstrators sit down in front of the White House along Pennsylvania Avenue while protesting against a proposed pipeline that would bring tar sands oil to the U.S. from Canada, on August 22, 2011 in Washington, DC.
Credit: Chip Somodevilla
Share

Sierra Club, the largest environmental advocacy group in the United States, took $26 million in donations from the natural gas industry from 2007 to 2010, Time Magazine reported yesterday. In response to the article, Sierra Club's executive director Michael Brune wrote a column in the San Francisco Chronicle saying that he put a stop to the funds after he came on board in 2010.

Brune said that Sierra Club only decided to accept donations from the natural gas industry because Sierra Club's leaders at the time believed that natural gas was a safer, cleaner alternative to coal. The money helped fund Sierra Club's Beyond Coal campaign.

More from GlobalPost: After Keystone pipeline, Canada's other oil project

Industry representatives continue to tout natural gas as an environmentally-friendly energy source. But natural gas has become increasingly less popular with environmental groups and researchers. Among scientists' concerns is that the fracturing process used to release natural gas could contaminate drinking water supplies.

"By the time I assumed leadership of the Club in March 2010, our view of natural gas had changed — so I made sure our policy did, too," wrote Brune.

The club decided to turn down another $30 million offered by the industry. Most of the money had come from Aubrey McClendon, CEO of Chesapeake Energy, one of the biggest gas drilling and fracturing companies in the United States, reported Time.