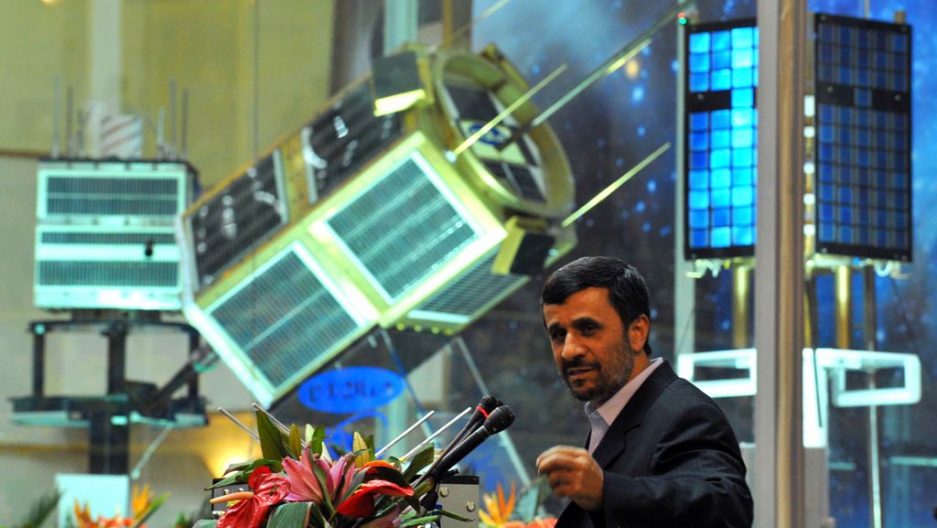 Navid, Iran's latest domestically-designed and made satellite, was successfully launched into orbit this morning, according to Iranian media reports.

President Mahmoud Ahmadinejad personally ordered the launch via videolink, the IRNA news agency reported, saying that he hoped the project would "promise further friendship for humanity."

More from GlobalPost: Russia in talks to build permanent base on Moon

Navid, whose name translates as "promise of science and industry," is a 50-kilogram micro satellite that will collect data which can be used in weather forecasting and natural disaster management, according to the head of Iran's space agency, Hamid Fazeli.

It will orbit between 250 and 370 kilometers above Earth, relaying high-resolution images back to ground stations, Fazeli told state-owned Press TV. The craft is expected to complete its orbit of the planet once every 90 minutes.

Navid was designed and built by students at the Sharif University of Technology, IRNA said. The satellite-carrier used to launch it was also Iranian-made.

More from GlobalPost: Worms may hold key to human survival in space

Iran has launched two similar satellites in recent years, according to the Associated Press: Omid, in 2009, and Rasad, in 2011, which each spent more than a month in orbit. Navid is said to have more advanced control technology, a higher-resolution camera and photocells to allow it to generate its own power.

In 2010, Iran claimed to have sent a mouse, turtle and worms into space aboard one of its rockets, though its claims could not be verified, the AP said. Tehran aims to put a human astronaut in space within 10 years.

Some Western observers have expressed concern that the same technology Iran has developed to launch space craft could be used to launch weapons.