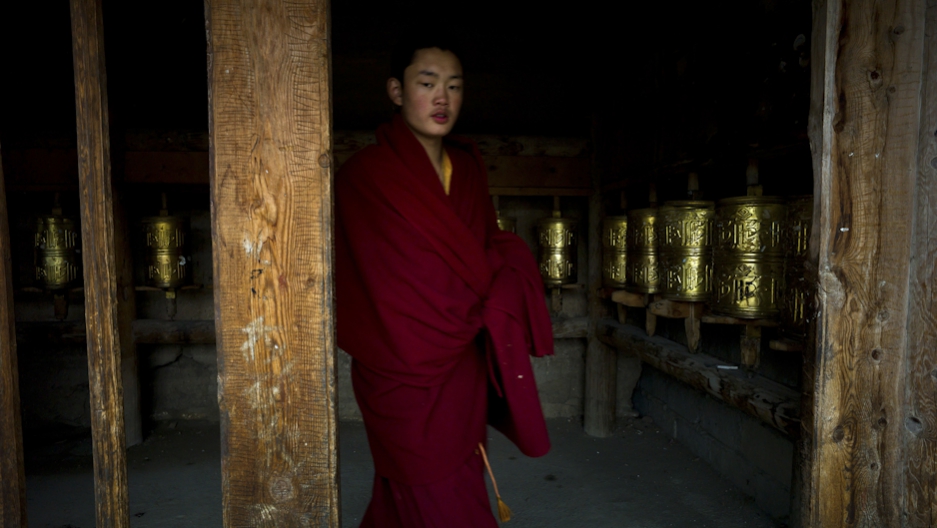 This picture taken on October 19, 2011 shows a monk at a monastery in Shanba township in China's Sichuan province. A Tibetan Buddhist lama in southwest China nervously dodges questions about a wave of self-immolations by clerics protesting religious repression in the region, saying his monks are forbidden even to speak about the issue.
Credit: PHILIPPE LOPEZ
Share

Chinese officials cut off phone and internet access in parts of Tibet where protesters were killed by Chinese security forces, reported the Guardian.

Last month, Tibetans rioted in the south-western province of Sichuan. Chinese officials said that they were attacked by protesters with molotov cocktails, reported the Associated Press.

Officials said they were acting in self-defense when they shot and killed two protesters. But the Guardian noted that it's impossible to verify the Chinese government's account: "Foreign reporters attempting to visit the region have been turned back, with officials blaming bad weather and the state of the roads."

Tibetan exiles and human rights groups offer a different account of the riots. They say the protesters were holding a peaceful demonstration in Sichuan when security forces shot at them, killing three people.

After the riots, the Chinese government cut internet and phone access off for over 30 miles around the area, reported the Global Times newspaper.

Protests in the ethnically Tibetan-region of China have intensified in recent years, as more residents and pro-Tibet rights groups seek independence from China's long-standing occupation of the area.

CNN reported that Tibetans have even set themselves on fire to protest Chinese rule.

More from GlobalPost: Chinese Paper: "No Sweat" over Tibet