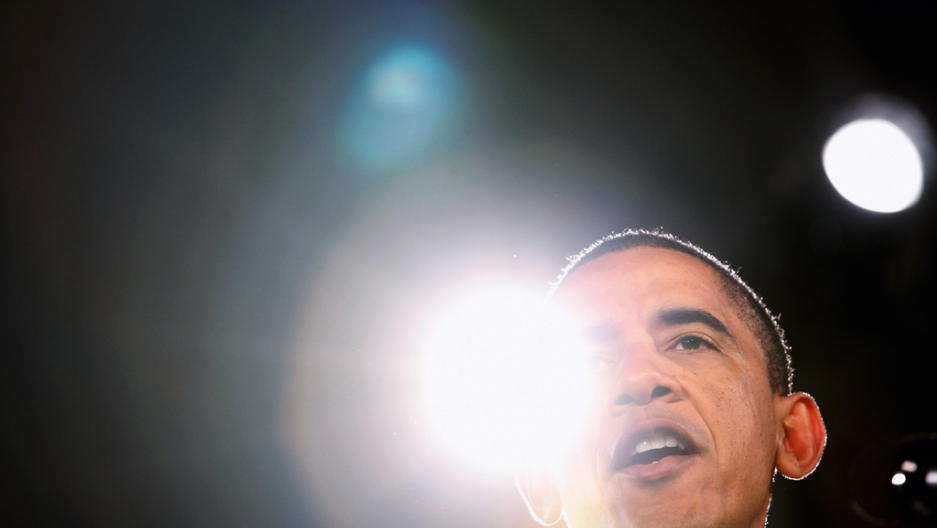 Obama used Jesus as a justification for his tax proposals at the National Prayer Breakfast in Washington on Thursday, saying that “we can all benefit from turning to our Creator, listening to him."

Politico reported that the President, who is pushing for higher taxes for the rich, linked his political beliefs to Jesus's teachings.

“I actually think that is going to make economic sense, but for me as a Christian, it also coincides with Jesus’s teaching that ‘for unto whom much is given, much shall be required,’” Obama said in his speech at the breakfast, an annual event that every president has attended since Dwight D. Eisenhower, according to Politico.

Obama plans to allow the Bush tax cuts to expire for the wealthiest Americans, and has said upper-class Americans should not be paying a lower tax rate than those in the middle or lower classes, CNN Money reported.

“In a time when many folks are struggling and at a time when we have enormous deficits, it’s hard for me to ask seniors on a fixed income or young people with student loans or middle-class families who can barely pay the bills to shoulder the burden alone,” Obama said, according to ABC News. “And I think to myself, if I’m willing to give something up as somebody who’s been extraordinarily blessed and give up some of the tax breaks that I enjoy, I actually thinks that’s going to make economic sense.”

Obama mixed his spiritual opinions with undertones of economic fairness, echoing rhetoric he first used in December in Osawatomie, Kansas, Politico reported. He also made reference to his State of the Union address last week.

President Obama is a proponent of the so-called “Buffett Rule," a centerpiece of his policy. Named after billionaire investor Warren Buffett, the Buffett Rule requires that millionaires and billionaires pay at least 30 percent of their income in taxes, even if their income comes from investments and therefore is currently taxed at a lower rate, ABC News reported.

Though he did not attack his Republican rival directly, Obama did set himself apart from Mitt Romney's views on wealth, Politico reported.

Republican presidential candidate Newt Gingrich and Democrats have both criticized Romney for saying that he’s “not interested in the very poor” because they have a “safety net.”

More from GlobalPost: Mitt Romney: "I'm not concerned about the very poor" (VIDEO)

An administration official speaking on background said that Obama saw his National Prayer Breakfast speech as chance to explain his personal faith and to demonstrate "his desire to step in the gap for those who are vulnerable," CNN reported.