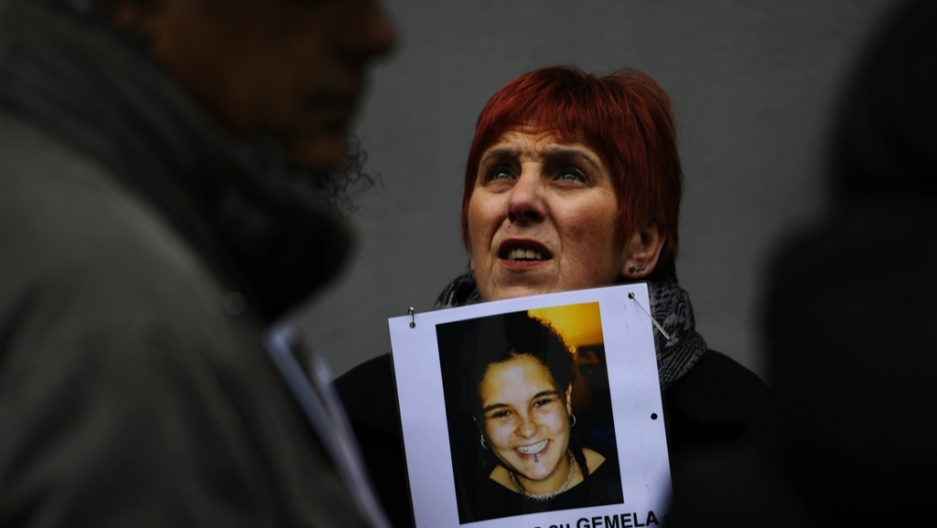 A woman holds a poster displaying a picture of a young girl and reading 'We are looking for her twin' during a demonstration against baby trafficking on Jan. 27, 2012 in Madrid.
Credit: Pierre-Philippe Marcou
Share

Those words, spoken to the El Pais newspaper, illustrate the heartache behind the widening revelations about Spain’s “stolen babies” scandal.

Escuer, 59, was among protesters who handed over a petition with almost 90,000- signatures to the attorney general’s office in Madrid to demand that authorities devote more resources to investigating claims that thousands of babies were stolen by priests, nuns and doctors from parents they judged to be politically, morally or economic unfit to raise them.

The practice is believed to have begun under the dictatorship of Gen. Francisco Franco who took power in 1939 after four years of civil war.

According to the claims, newborns were originally snatched from Franco’s left-wing foes, but there are reports the practice continued into the 1990s, nearly two decades after Franco’s death and Spain’s return to democracy. The campaign group SOS Bebes Robados claims up to 300,000 children may have been stolen.

Campaigners complain that prosecutors are not doing enough to investigate claims of Spaniards searching for their birth families or parents seeking children who, they were told, died at birth.

A DNA test proved that Escuer was not the daughter of the woman she had believed to be her mother, but she complains prosecutors refused to investigate her case.

Associations representing the families involved say the authorities have shelved about 20 percent of the around 1,500 cases presented to them since the first cases came to light last year, claiming that the complainants have not presented sufficient evidence.

Next week, representatives of the family campaign groups are scheduled to discuss the issue with senior government officials, but many in Spain are wary of digging into the dark secrets of the Franco dictatorship.

Spain’s best known judge Baltasar Garzon is on trial accused of breaching a 1970s amnesty law by investigating alleged crimes against humanity committed during the dictatorship and civil war.

Ironically, Garzon’s trial means that allegations against the Franco regime are being heard in a Spanish court for the first time. Maria Martin Lopez, 81, was among those who gave evidence Wednesday. She recalled how her mother was shot and dumped in a mass grave along with 29 others after Franco’s troops entered her village west of Madrid in 1936.