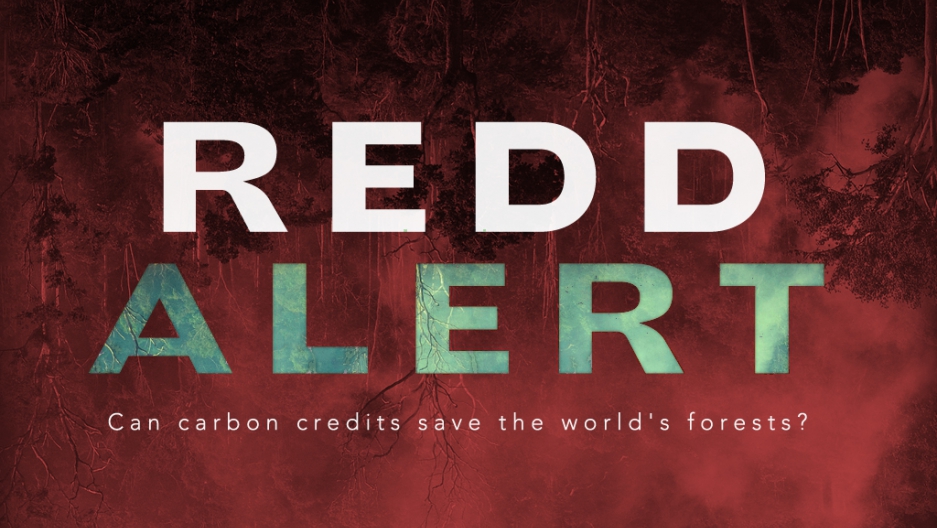 This article is the first in a three-part series that explores the issue of deforestation and climate change. In part one, GlobalPost considers how a proposed international carbon-credit market could slash greenhouse-gas emissions and save the world's surviving forests. Part two shows how forest people can benefit from carbon credits, while part three looks at "carbon cowboys" accused of abusing the system.

LIMA, Peru — International negotiators are closing in on a new solution for combating climate change — and saving the world’s remaining forests.

Some 20 percent of all greenhouse-gas emissions now come from deforestation, especially in the lush, green band of tropical rainforest that circles the earth.
That is more than from global transport.

So representatives from member states involved in UN climate negotiations are attempting to hammer out a way to make it more profitable to protect forests than destroy them.

By providing cash for maintaining healthy forests, they hope to undermine the economic imperative for poor countries or individuals to cut down trees for timber, to free land for agriculture, or to make way for roads, housing and other infrastructure.

Read more: How it works in Peru

The idea, known as reducing emissions from deforestation and degradation, or REDD, will be included in the successor to the Kyoto protocol, which is now the only international treaty aimed at climate change.

Integral to the plan would be the establishment of a multibillion-dollar international carbon market, in which companies could trade forest “credits,” or papers equal to one ton of carbon prevented from entering the atmosphere.

Businesses would buy the credits to offset their own emissions, in compliance with anti-pollution laws in their home countries.

‘’REDD has huge potential as a climate solution,” said Toby Janson-Smith, senior director of the climate program at Conservation International’s Center for Environmental Leadership in Business.

One reason for its popularity: it makes economic sense.

It costs about $2 to $4 to prevent a ton of “forest carbon” from entering the atmosphere. The price tag for capturing the same amount of carbon from a coal-fired power station hovers between $75 and $115.

REDD is also expected to give a helping hand to all kinds of environmentally-friendly forest businesses, from eco-tourism to the sustainable harvesting of timber, bark, nuts and other forest products by local communities.

But there are also major concerns: among them, determining internationally accepted safeguards to maintain the credibility of this new, abstract commodity, and keep companies from exploiting loopholes in the plan. Human-rights advocates also want to protect the rights of millions of poor people who live in the world’s forests.

And one key question: how to quantify the amount of carbon emissions believed to have been avoided by saving a patch of forest?

To do that, baselines of existing forests, and their “carbon density,” must first be established, using a combination of methods, including satellite imagery and the time-consuming counting and measuring of trees on the ground.

Then comes the hard part: Deciding how much of a patch of forest would have been either completely cleared or significantly degraded had it not been for the REDD project protecting it.

At the latest round of UN climate negotiations at Durban last December, the door was opened for countries to use projected deforestation rather than historical deforestation in their calculations.

Environmentalists now fear nations will exaggerate projected deforestation in an attempt to both earn extra REDD cash and avoid having to genuinely reduce deforestation.

“We could even end up rewarding countries for increasing emissions,” said Susanne Breitkopf, a climate policy expert at Greenpeace International.

Another source of controversy is the role of forest communities, often indigenous peoples whose ancestors have lived in the same forest for millennia.

Many fear REDD could trigger a new land-grab at their expense. Meanwhile, some of the world’s largest investment banks — including those implicated in the 2008 credit crisis — could profit from trading in the new carbon paper.

That fear has been compounded by the rush of unregulated private REDD projects already being launched in forests in developing nations around the world, partly in anticipation of the 2015 treaty.

Yet many green and human rights groups have now swapped their early opposition to REDD for a place at the negotiating table to ensure that it is implemented with the necessary safeguards. The “ideology” has disappeared from the environmentalists’ positions on REDD, says Conservation International’s Janson-Smith.

Too little too late?

As REDD moves off the drawing board, saving the world’s forests will have other huge benefits.

Tropical rainforests cover just 2 percent of the earth’s surface but house half of all plant and animal species. Modern society uses many of those species for everything from cancer treatments to cosmetics and, of course, food.

But the timing of the new treaty, which will not take effect for another eight years, worries many scientists, who believe emissions must be slashed immediately.