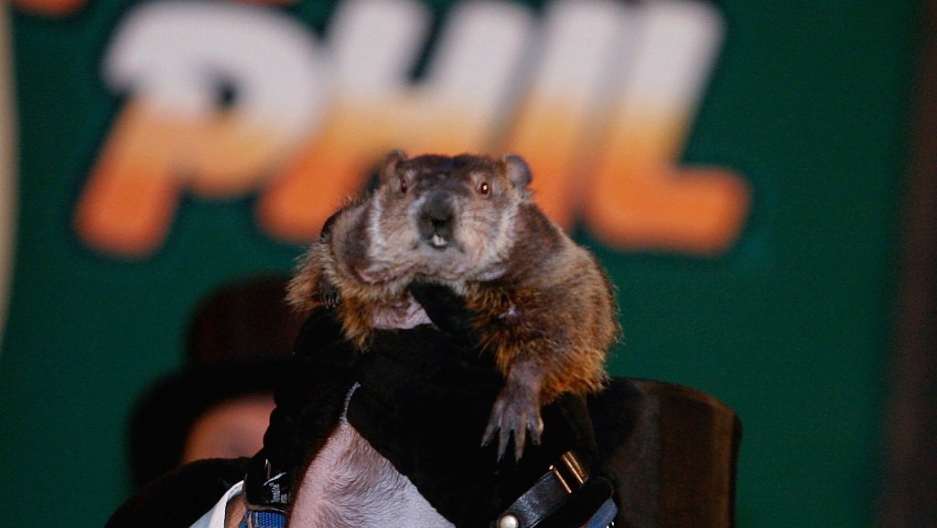 PUNXSUTAWNEY, PA - FEBRUARY 02: Punxsutawney Phil is held up in the air after he didnt see his shadow predicting an early spring during festivities February 2, 2007 in Punxsutawney, Pennsylvania. Groundhog Day is on February 2 and is a popular tradition in the United States and Canada. The tradition states that if the Groundhog sees his shadow he regards it as an omen of six more weeks of bad weather and returns to his hole. If the day is cloudy and shadowless, he takes it as a sign of spring and stays above ground. (Photo by Mark Wilson/Getty Images)
Credit: Mark Wilson
Share

A groundhog named Phil has attracted thousands to the town of Punxsutawney, Pennsylvania, every Feb. 2 for an annual Groundhog Day celebration. But a lesser-known groundhog named Durnkik Dave has been stealing some of the spotlight.

The Los Angeles Times reports that Bob Will, a 70-year-old licensed wildlife rehabilitator, has made it a hobby to rescue thousands of groundhogs near his Drunkik, New York, home.

He said he's driven by a love of the animal. His collection of woodchucks has also attracted television trucks and locals during the holiday, though it's not quite as large as the Punxsutawney celebration.

More from GlobalPost: 2011 breaks US record for billion-dollar weather disasters

The Los Angeles Times reports: "But in truth, Will says, every day is Groundhog Day at his house. It has been that way for decades, since as a child he brought a bloodied groundhog home, nursed it back to health, and released it to the safety of a friend's property a few months later."

Will is now well-known enough among woodchuck enthusiasts that he fields calls from concerned people hundreds of miles away, asking him to pick up an injured groundhog. Other woodchucks are dropped off at his doorstip.

When the groundhogs are healed, Will releases them on his friend's farm. But Will doesn't always succeed in saving injured groundhogs, which is the hardest part of his hobby. "I go to pieces," he told the LA Times.