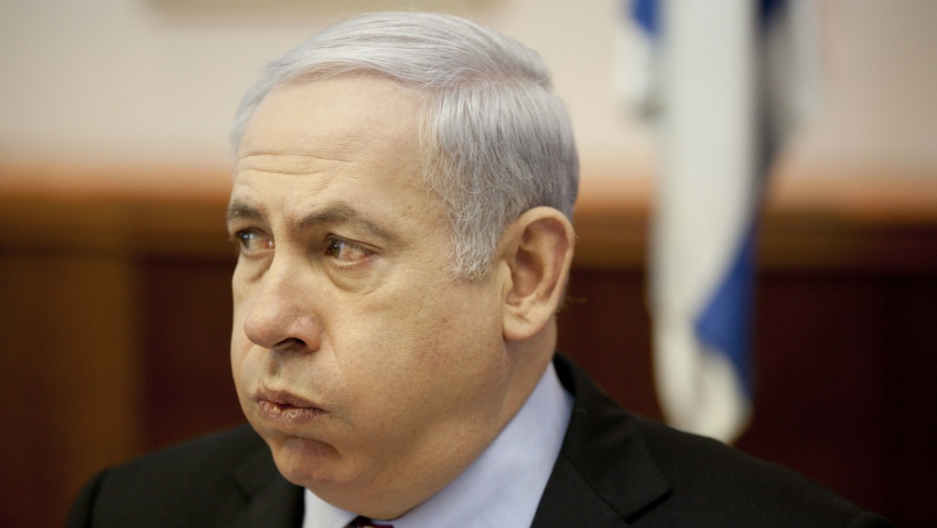 JERUSALEM — It’s now official: January 2012 was the rainiest January in Israel’s recorded history. This joyous fact, in a drought-hardened Middle East, is what Israel’s political analysts focused on early Wednesday, after precious little sleep, when reporting on the “idiotic” results of the Likud party primary that was won, unsurprisingly, by Benjamin Netanyahu.

The definition “idiotic” came from radio morning news star Razi Barka’i, who chose to pay homage to his tired correspondents and to the weather by devoting the second hour of his show entirely to lullabies.

Eyes filmed with exhaustion and undisguised envy as they gazed to Florida, where a “real primary” (again, Barka’i) was underway, while Israel’s political correspondents were obliged to cover the Monopoly-like Likud party primary on a dark, cold Tuesday night that slipped into Wednesday.

More from GlobalPost: Florida primary: Anger in the Sunshine State

At 1 a.m., the victorious prime minister had yet to make an appearance at the Likud Central Committee headquarters in Tel Aviv. Israel Radio’s frustrated electoral team announced “the time is 1 a.m., three minutes and 48 seconds,” after stating, not for the first time, that the prime minister was expected at any moment.

At that point, Netanyahu’s only statement, released by his staff, was the terse “Today the real Likud won. The party’s strength is in its unity.”

Meanwhile, across the ocean, Mitt Romney was whipping Newt Gingrich in the most lopsided Republic primary so far this season. “That’s a primary that matters. That one will really have an effect,” Barka’i said, referring to Gingrich as “Netanyahu’s friend.”

Whether an actual friendship exists between the former Speaker and the prime minister is in question, but they are unified by a single donor, Las Vegas magnate Sheldon Adelson, who has begun to raise eyebrows in both countries for possibly shady donations.

In Israel, the correspondents were back to counting paltry votes in a primary election in which the results were known a month before. The town of Or Yehuda, 234 votes for Netanyahu, 20 for Netanyahu’s only opponent, Moshe Feiglin.

There was only one surprise. For unknown reasons, Netanyahu’s team chose to define 80 percent as the figure of their success. Surrogate after surrogate spent the day foreseeing a victory of 80 percent over the marginal ultra-right winger, religious and somewhat Gingrichesque, Feiglin.

Thus, when Netanyahu was found to have won by only 75 percent of the votes, Feiglin, who refers to himself as leader of the Likud’s “Jewish Brigade,” savored a pyrrhic victory. “I’ve decoded the Likud’s DNA!” he exulted. “One fourth of the Likud is now ours!”

Only Feiglin, who represents principally settler interests, stood up for the challenge last month when Netanyahu announced snap primary elections. Likud primary results for a north Tel Aviv precinct were 212 for Netanyahu, 31 for Feiglin. On the other hand, in the West Bank city of Ariel, Feiglin garnered 222 to Netanyahu’s 100.

Netanyahu’s only real potential political challenger was Vice Prime Minister and Minister for Regional Development Silvan Shalom, who was caught flatfooted by the surprise move and was unable to mount a significant challenge in time. He opted out, and did not show up for the celebration in Tel Aviv.

Likud coalition leader Ze’ev Elkin said, “This was a democratic process in the Likud, and the Likud does not change its leadership. We have had four leaders since the establishment of the state. Certainly a sitting prime minister would never be challenged. We’re not like the Labor party.”

The real question in Israel is when general elections may be called, and on this Elkin, like all other Likud voices, maintained a very steady but crucial line: “I don’t think there is any connection between these primaries and the general election. I won’t risk predicting, obviously, and we are ready at any time, whenever our coalition partners want to test us.”

Finance Minister Yuval Steinitz appeared in Tel Aviv just before 1 a.m. with the following paean to explain the lack of any serious candidacy opposing Netanyahu’s: “Yes, it would be more democratic if there were more candidacies. But this is the situation in the Likud. There is such satisfaction and pride in the conduct of Prime Minister Netanyahu, in his approaches to the Congress and to the UN, in the area of the economy, education and social needs, that the entire Likud leadership is unified.”

It sounded as if the summer of burning protests that gripped Israel had not taken place, and like Steinitz himself was not tensely awaiting a report on his own ministerial conduct, which will apparently call for his dismissal next week.

“We have an excellent prime minister and he will be reelected not only to lead the Likud but reelected to lead the nation,” he said.

At 1:15 a.m., Netanyahu appeared and made brief remarks. “Thank you, and I mean it. Thanks to each of you, my ministers. A great team. Working together for the people of Israel.”