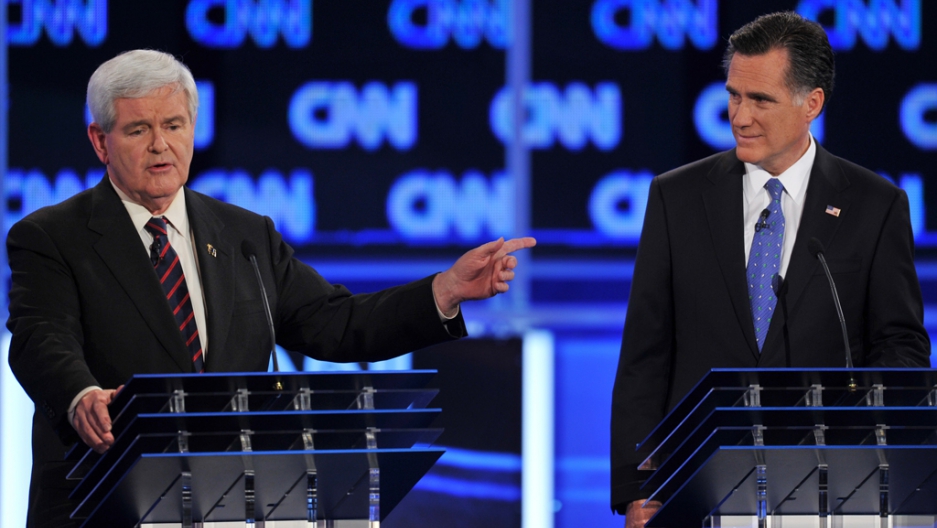 BOSTON — At last a Republican candidate is talking about an African foreign policy issue.

"For too long far too many Sudanese have been victims of war crimes and other atrocities committed by the government in Khartoum and its proxies," said Romney, in a statement he released to Act Sudan.

Most of the Republican primaries have been taken up with domestic policies and mud-slinging so it is notable that Romney has spoken out on the current crisis in Sudan.

Romney strongly criticized Sudan President Omar al-Bashir's Khartoum regime. He condemned the Bashir government’s ongoing history of committing genocide and atrocities, the gravity of the current government-led assaults on civilians, and his commitment to “protect innocents” and ensure that “humanitarian aid reaches those desperately in need.”

The statement was provided to Act for Sudan, a bipartisan, interfaith alliance of American and Sudanese advocacy organizations, following the alliance’s request to all presidential candidates to disclose their views on U.S. Sudan policy. Romney’s statement is the first time that Sudan has been raised by a candidate during the 2012 presidential election campaign. The other candidates have not yet responded to the Act for Sudan request.

“In Darfur, non-Arab populations have been and continue to be victims of a slow-motion genocide,” said Romney who described the current situation in the border regions of Sudan as “so dire that at least a quarter of a million people in South Kordofan will be pushed to the edge of famine by March this year.”

Romney stressed that he is “committed to protecting innocents from war crimes and other atrocities, ensuring that humanitarian aid reaches those desperately in need, holding accountable those leaders who perpetrate atrocities, and achieving a sustainable peace for all who live in Sudan and the Republic of South Sudan.”

It will be interesting to see if other Republican candidates will step up to address the Sudan issue.

Recent satellite imagery shows that the government of Sudan is massing its armed forces in preparation for a full-scale military assault on the Nuba people in South Kordofan. Hundreds of thousands of civilians are at imminent risk with evacuation routes blocked by Sudan’s army. This grave threat is compounded by the government of Sudan’s continuous blockade of humanitarian assistance since June 5, 2011.

US Ambassador to the UN Susan Rice recently stated, “If there is not a substantial new inflow of aid by March” the situation in Southern Kordofan will be “one step short of full- scale famine.”