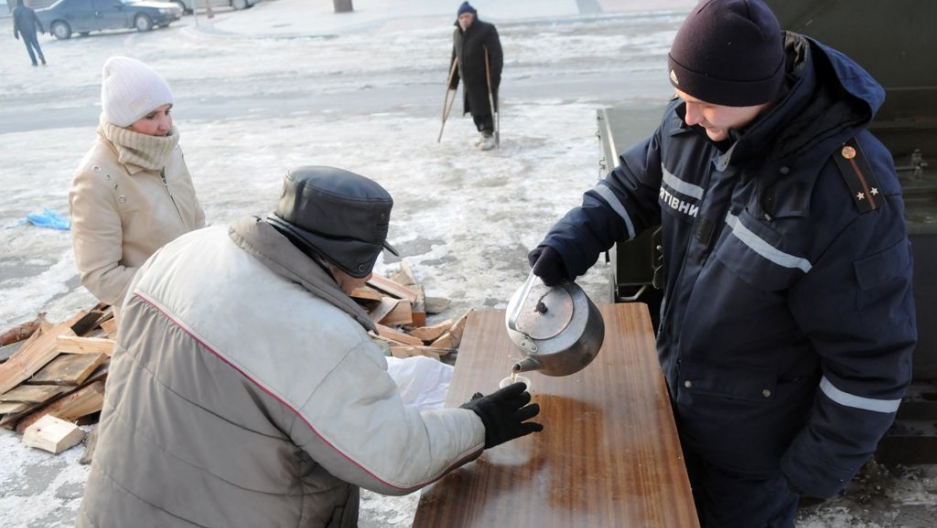 An elderly man receives hot food and drink at an emergency shelter in the western Ukrainian city of Lviv, on January 30, 2012.
Credit: YURIY DYACHYSHYN
Share

BERLIN, Germany — More than 60 people have died in the past week as a severe cold snap grips eastern and central Europe. The extreme weather is forecast to continue until Friday.

Temperatures have fallen as low as -33 degrees Celsius in parts of Ukraine, -31 in Bosnia and -30 in Poland, Romania and Bulgaria, according to Reuters.

At least 30 people are reported to have died in Ukraine, many of them homeless, the country's Emergency Ministry said. Hospitals have treated more than 500 people for frostbite and hypothermia.

Over a thousand temporary "heating centers" have been set up for homeless people to take shelter and receive food, while hospitals have been instructed to delay discharging homeless patients so as not to send them back out into the cold.

Poland is the next worst-affected country. Five people died from exposure in the past 24 hours, according to the Associated Press, making a total of 15 deaths in the past four days. Some of those were caused by carbon monoxide poisoning from faulty heaters, the interior ministry said.

Deaths have also been reported in Bosnia, Bulgaria, Lithuania, Romania, Serbia, Slovakia and the Czech Republic. Serbian authorities have declared a state of emergency in 13 municipalities and deployed the army to take supplies to remote villages.

Meteorologists say the freeze is due to a high pressure system from Siberia. "These kind of weather conditions occur every 20 to 30 years, last time in 1986 and 1956," Jurik Müller of the German Meteorological Service (DWD) told Deutsche Press-Agentur.

Within Germany, the cold front is officially known as "Cooper," after the Mini Cooper compact car. Mini Deutschland paid €299 ($394) to name it, the Spiegel Online reported, a decision that its marketing department is probably now regretting.