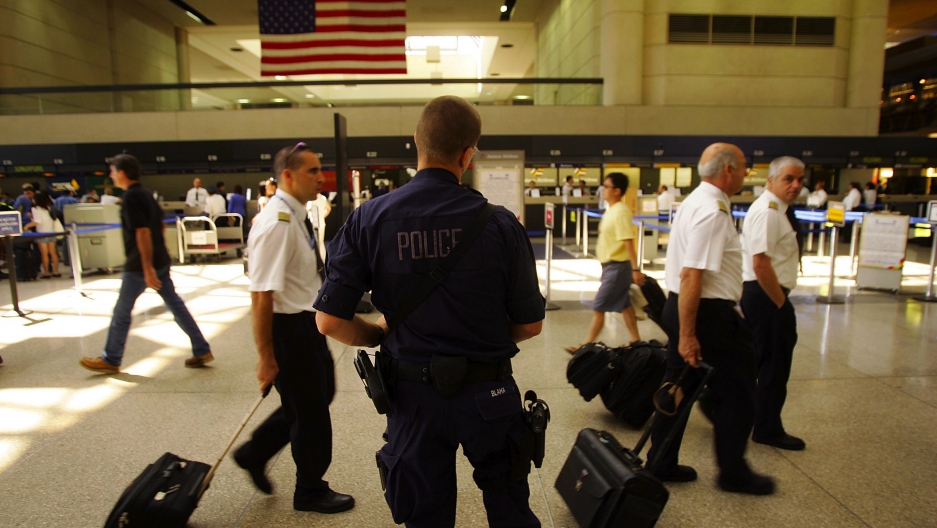 Two British travelers were arrested in Los Angeles International Airport, over a Twitter joke they posted before arriving in the US.
Credit: David McNew
Share

Be careful what you tweet, big brother is watching.

Two British tourists, Leigh Van Bryan and Emily Bunting, were allegedly barred from entering the United States over a joke they posted on Twitter, saying they were going to “destroy America,” the Daily Mail reported.

Last Monday, Bryan, 26, was handcuffed and detained over night in Los Angeles International Airport. He was questioned by agents from the Department of Homeland Security before being shipped back to England on the next flight, The New York Times reported.

'It's just so ridiculous it's almost funny but at the time it was really scary. The Homeland Security agents were treating me like some kind of terrorist,” Bryan told the Daily Mail.

The tweet that got him in trouble with the US said, "Free this week, for quick gossip/prep before I go and destroy America,” Slate reported. He told agents that the term “destroy” was just British slang for “party,” and he had no intentions of anything else. But their passports were confiscated, their suitcases were searched and they were held until they got on a flight home, the Daily Mail reported.

“'We just wanted to have a good time on holiday. That was all Leigh meant in his tweet. He would not hurt anyone,” said Bunting, 24, the Daily Mail reported.

He was also questioned about another tweet he wrote, involving the United States, saying he would dig up Marilyn Monroe, referencing a joke from the television show “Family Guy.”

“The officials told us we were not allowed in to the country because of Leigh's tweet. They wanted to know what we were going to do,” said Bunting, the Daily Mail reported. “They asked why we wanted to destroy America and we tried to explain it meant to get trashed and party. I almost burst out laughing when they asked me if I was going to be Leigh's lookout while he dug up Marilyn Monroe.”

According to a statement from the Department of Homeland Security, the US Customs and Border Protection performed an interview with Bunting and Leigh, which “revealed that both individuals were inadmissible to the United States and were returned to their country of residence,” The Times reported. The statement also said both agencies have taken steps to improve how they monitor social media.