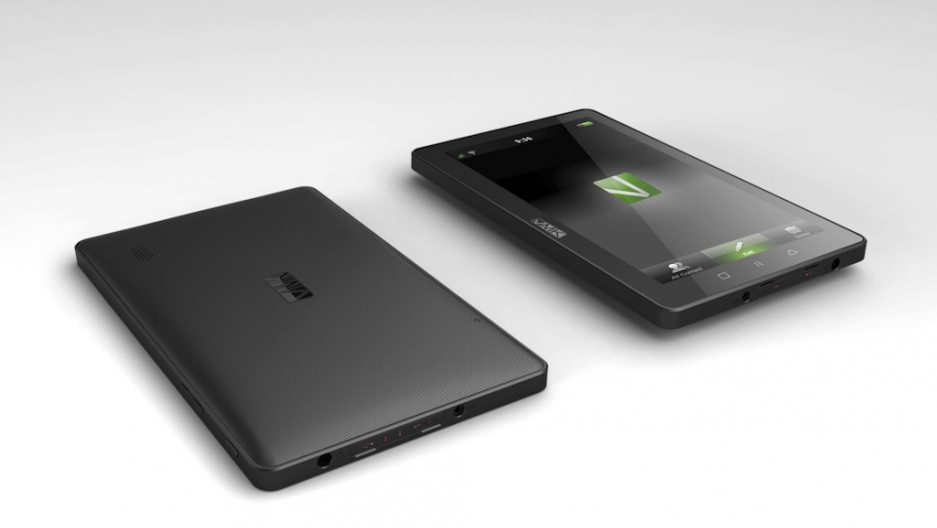 The Way-C tablet, an African rival to the iPad, went on sale in the Republic of Congo on Jan. 30, 2012, according to its inventor, Verone Mankou.
Share

JOHANNESBURG, South Africa — Meet the Way-C, the first African tablet to rival the iPad, created by a young inventor with dreams of bringing internet access to the masses.

But if you want one, for now you'll have to travel to the Republic of Congo.

The Way-C, which means "the light of the stars" in a dialect of northern Congo, was invented in Congo by 26-year-old Verone Mankou, under his company, VMK.

The $300 device went on sale Monday in Congo's capital, Brazzaville, and in the oil port city of Pointe-Noire.

The plan is for the Way-C tablet to be marketed in 10 countries in West Africa, and in Belgium, France and India, starting Feb. 15.

While the Way-C was designed in Congo, it was assembled in China, to keep the price low and because of a lack of factories in the central African country.

On the official Way-C website, Mankou describes the tablet as being affordable without being a cheaply made product, and filling a gap in the market for a device catering specifically to Africans.

"Originally the idea was to design a low-cost computer to bring Internet access to as many people as possible," Mankou is quoted as saying.

The Android tablet is a little smaller than the iPad, and weighs 380 g. It has a 1.2GHz processor, 512MB of RAM, 4GB of internal memory and supports wifi. Battery life is 6 hours.

"In technological terms, this tablet is equivalent to all those to be found on the market," Mankou told Agence France-Presse.

For now, the Way-C is sold only in Congo's two largest cities at Airtel Congo stores, a mobile telephone company that is a subsidiary of Indian group Bharti.

More from GlobalPost: Chinese hacker builds his own iPad