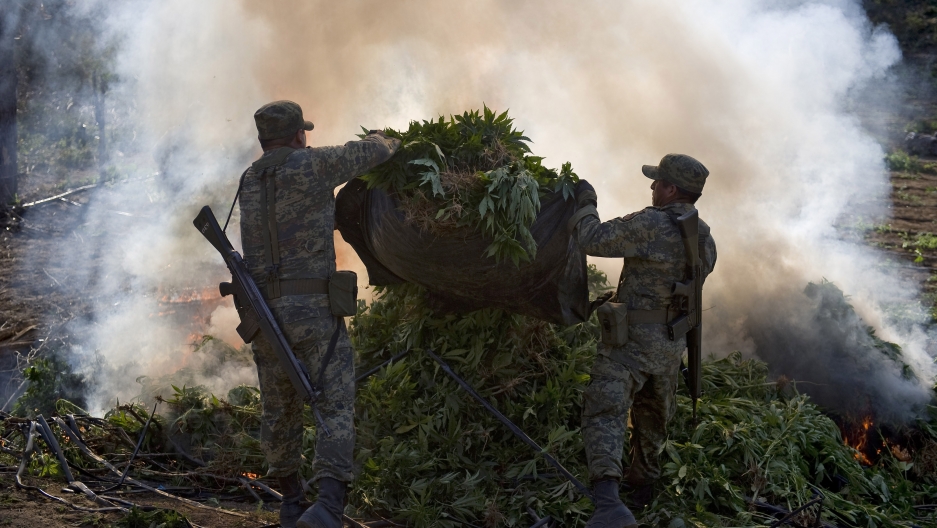 Pampered but illicit crops of marijuana and poppy in northern Mexico are suffering from the worst drought since records began being kept 70 years ago, according to The Associated Press.

About 1.7 million cattle have died of starvation and thirst, the AP reported in December.

Gen. Pedro Gurrola, commander of army forces in Sinaloa state, a center of drug production in Mexico, was quoted as saying that marijuana planting had “declined considerably” due to lack of rain.

More from GlobalPost: Business Insider: Marijuana isn't so bad for your lungs

"We can see a lot less than in other years," Gurrola was quoted as telling reporters. "It depends a lot on conditions. As you can see, everything is dry."

"They try to adapt. Where there is a stream, a pit, they put pumps and hoses in there and try to produce as much as they can."

But army spokesman Gen. Ricardo Trevilla said this did not mean drug production was also in decline, according to the AP, which interviewed Trevilla separately. Cartels are turning to synthetic drugs such as methamphetamine, which are easier and faster to make, as well as easier to transport and conceal, not to mention more lucrative, the AP said, citing Trevilla.

More from GlobalPost: Teen marijuana use at a 30-year high

In a statement carried by a public relations syndication service, US Customs and Border Protection in Texas announced today that they had seized 21,000 pounds of marijuana over the last seven days with a total estimated value of $17 million.