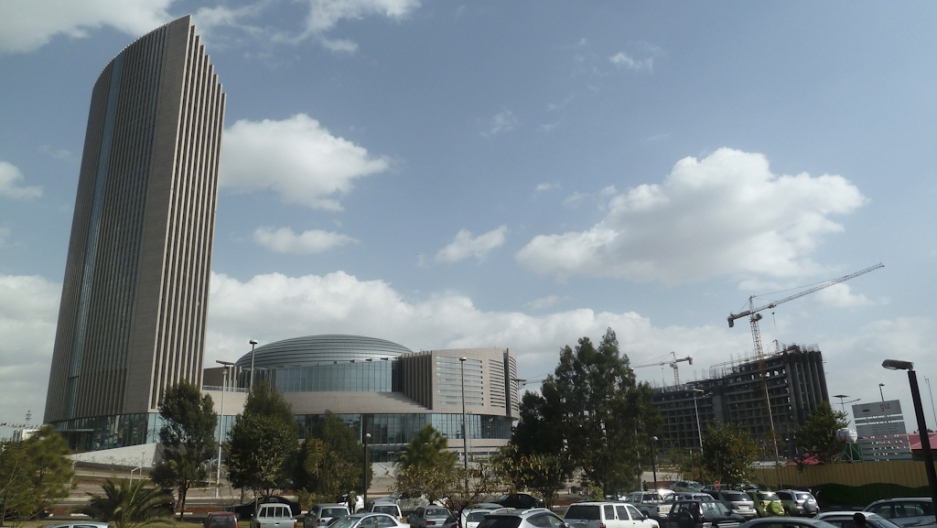 A view of the new African Union headquarters in Addis Ababa on January 24, 2012. The AU headquarters was built and fully funded by the Chinese government at a cost of $200 million. The building will host this year’s AU Summit in the Ethiopian capital, which brings together heads of state from across the continent. The towering building – Addis Ababa’s tallest – symbolizes China’s strengthening ties with Africa, a major source of foreign investment from China.
Credit: JENNY VAUGHAN
Share

African heads of state are meeting this weekend for their inaugural summit at the facility's massive new conference hall, which can seat 2,500 people.

Beijing agreed to pay for the complex in Addis Ababa around the time that the late Libyan leader Muammar Gaddafi was agitating to build the new AU headquarters in his desert hometown of Sirte.

China's state-run Xinhua news agency said the new AU headquarters "is not only a new landmark in Addis Ababa but also the latest landmark in the long friendship between China and Africa."

Trade between China and Africa reached $120 billion in 2011, a six-fold increase in the past decade.

Beijing's top political adviser, Jia Qinglin, is in Addis Ababa this weekend to attend the opening ceremony, and will address African leaders on Sunday.

The ceremony will include the inauguration of a statue of Kwame Nkrumah, the late Ghanaian leader, and "the laying of the first stone of the AU memorial for Human Rights," the AU said in a press statement.

Jia told the Ethiopian News Agency that his visit to the AU this weekend shows "that China firmly commits itself to enhancing solidarity and cooperation with African countries, firmly supports African efforts for strength through unity and the integration process, and that China firmly supports a greater African role in international and regional affairs."