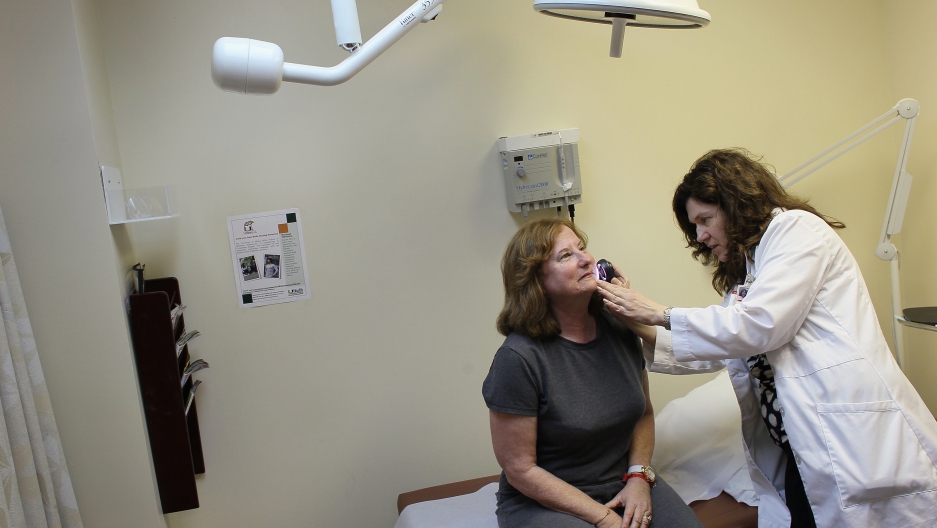 Morgellons disease isn't caused by an infectious agent or anything in the environment, according to a new CDC study.
Credit: Joe Raedle
Share

Morgellons disease, a condition that leaves patients with painful lesions and the sensation of tiny bugs crawling all over their body, isn’t caused by an infectious agent and could be solely psychological, according to a new study released on Wednesday by the US Centers for Disease Control and Prevention.

The study, released by journal PloS ONE, analyzed blood and skin samples from 115 people in Northern California, an area with a cluster of people suffering from the diseases, finding no evidence that the disease was actually linked to an infection or environmental cause. The tendency of having threadlike fibers poking out from your skin, another symptom of Morgellons, was found to just be cotton fibers, most likely lint from clothing.

"We saw a growing number of people complaining about these unusual symptoms, and as a public health agency we felt the need to see what was going on," said CDC spokesman Daniel Rutz, ABC News reported. "It was important to rule out an infectious cause because a lot of people were concerned about transmission."

It is most likely Morgellons is actually just a psychological disease, which could probably be treated with the same drug and psychiatric care that people who suffer delusions take, the San Francisco Chronicle reported.

“We believe that these people have something and their quality of life [has] in some instances been very seriously impacted,” says Mark Eberhard, the CDC’s director of the division of parasitic diseases and malaria and a study author, the Wall Street Journal reported. “We’re not saying this is made up. There could be a constellation of factors.”

Researchers from the study were unable to say what exactly causes Morgellons, but results from the study do match up with an Archives of Dermatology study from the Mayo Clinic, in which researchers said Morgellons might actually be better described as “delusional parasitosis,” the Los Angeles Times reported.

The condition is very rare, affecting fewer than 4 in 100,000 people surveyed, according to the WSJ. Singer Joni Mitchell is the most high profile name to say she has suffered from the disease.