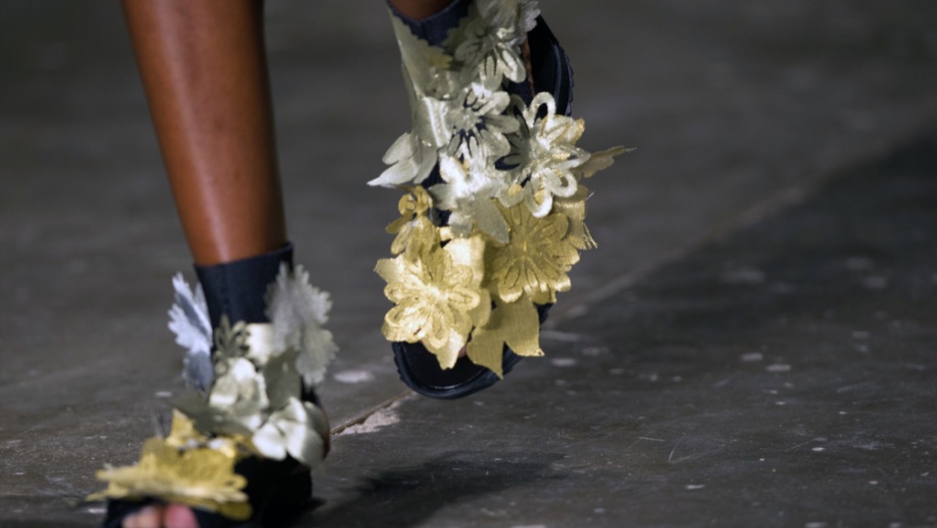 A model presents a creation by Jefferson Kulig of the 2012 Winter collection during the Sao Paulo Fashion Week in Sao Paulo, Brazil
Credit: YASUYOSHI CHIBA
Share

The fashion world turned its head toward one of the world's emerging economic powers this month for Rio and Sao Paulo's fashion weeks.

Some 30 labels are on display in Sao Paulo, which is considered the top Latin American fashion event.

Brazil has turned out some major supermodels — Gisele Bundchen, anyone? — but its desingers have also begun to offer a lot more than the string bikini.

The on-trend bright royal blue made an appearance in some collections. Designers also took risks with metallic colors, 3D florals and bold prints.

Critics, as at fashion weeks elsewhere in the world, pointed out the scant numbers of black models on the runway. It's particularly striking in Brazil, which is now a majority nonwhite nation.

Paulo Berges, Sao Paulo Fashion Week's creative director, dismissed suggestions of racism. "This is not a territory for inappropriate discussion (of race)," he told AFP. "This is a creative territory."

Brazil actually imposed a quota requiring 10 percent of the models to be of African or indigenous ancestry in its Sao Paulo show back in 2009, but abandoned that requirement when it was deemed unconstitutional.

And the show goes on. Check out some of Sao Paulo's new styles, above.