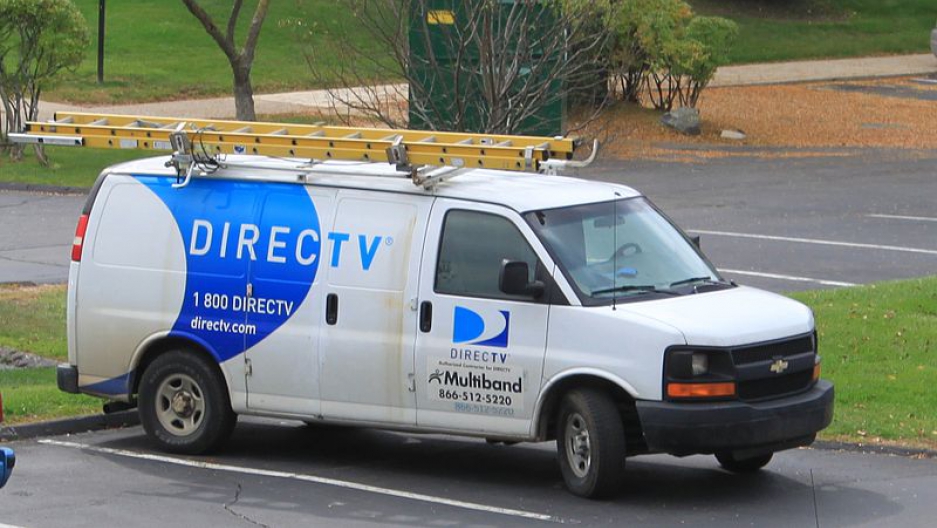 DirecTV subscribers in Boston are without access to the local NBC affiliate. If that doesn't change, they could be left without access to next weekend's Super Bowl. (Photo by Dwight Burdette via Wikimedia Commons, cc-by.)

With the Super Bowl set to air on NBC in less than two weeks, DirecTV subscribers in Boston could be in trouble if they want to watch the hometown New England Patriots play the New York Giants.

The NBC station, owned by Sunbeam TV wants more money by way of retransmission fees from DirecTV, while the satellite TV company says it's trying to keep costs down, for their customers. But Bostonians not the only ones having problems. In Miami, DirecTV viewers missed out on watching the Golden Globe awards. In parts of Texas, Time Warner subscribers have been left without access to NBC, Telemundo and other networks at various times in the past year. And there are countless other examples from across the country of blackouts as disputes between TV stations and cable and satellite providers catch viewers in the middle.

"Like almost any problem, the cause, the problem is money," Sherman said. "This is a negotiation between a large pay TV provider and a company that owns a group of local networks. The issue here is the local networks want more money."

It's happened with Comcast, Time Warner and others, in addition to DirecTV.

Sherman said the root of the problem is in a 1992 cable TV act that allows local news channels to collect money from large pay TV companies to keep their operation going.

"But what's happened is these companies, like Sunbeam, have wanted more and more money as the years have gone by," Sherman said. "It's started to really cut in to the bottom-line of the larger pay TV providers. So they're taking a stand and saying no more."

The FCC is expected to review the rules and determine if any changes need to be made. Sherman said that the government is more likely to step in and impose regulations on local broadcast stations, because of the important public safety information they share.

"(They may say), "we can't have Channel 7 in Boston go off-air for weeks at a time, because we'll lose those things to the consumers who subscribe to DirecTV" Sherman said.

The question now, he said, is how the FCC will choose to get involved.