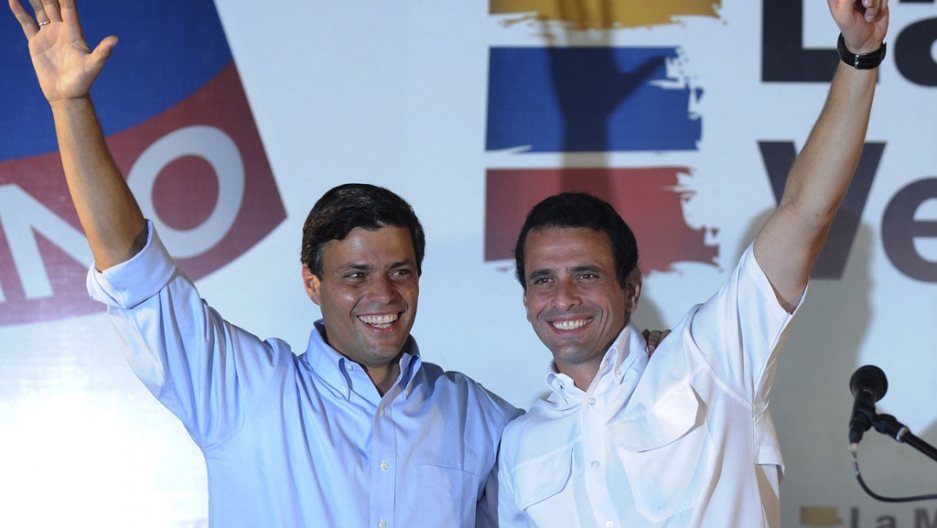 Leopoldo López, one of the best-known politicians in Venezuela's opposition, has stunned the country by pulling out of next month's primaries and declaring full support for the frontrunner, Henrique Capriles Radonski.

López made the announcement yesterday and passed the considerable momentum he has built up over the last year onto the 39-year-old state governor who is now almost certain to take on President Hugo Chávez in October's elections.

There is more to the story, however. López has found himself in a ridiculous position whereby he is allowed to run for election but is not allowed to hold office in Venezuela, on charges of corruption. So a vote for him to win the primaries would essentially have been wasted for those wanting to see an end to Chávez's 13 years in power. López was never tried for the charges and so took his case against the Venezuelan state to the Inter-American Court of Human Rights, who ruled in his favor. However, Venezuela’s Supreme Court defied the decision.

At the time, López was rebellious. "I will run and I will win the primaries," he said. And his polling numbers this week didn't put him too far from Capriles, despite the major handicap of not, essentially, being allowed to win the presidential election.

Capriles has spent the last few weeks tirelessly campaigning for the primaries which take place on Feb. 12. The question now is, will he be able to unite López along with the other candidates to present a real threat to Chávez, the maverick socialist who has defied all attempts at taking over Venezuela by the opposition in more than a decade.