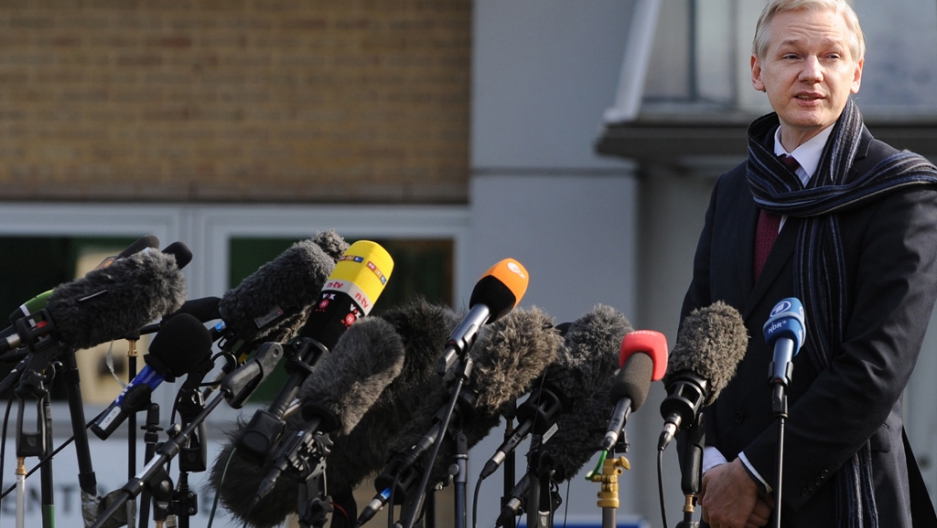 The revolution won't be televized? Well, actually, it will. By Russia.

Julian Assange's latest venture will be his own talk show, according to a Wikileaks press release.

And the series will be broadcast on none other than the Russia Today network, Moscow's state-funded English-language satellite channel.

More from GlobalPost: WikiLeaks play set to open in London

According to RT's website, the show – breathlessly described as "arguably the most anticipated news series of 2012" – will feature 10 as yet secret guests, who will share their views on the theme, "the world tomorrow."

Wikileaks says Assange will host a "series of in-depth conversations with key political players, thinkers and revolutionaries from around the world."

That's as long as they agree to travel to remote eastern England, where Assange is currently residing under strict bail conditions and will remain throughout filming, according to RT. The first episode is due to be shot the week before Assange takes his extradition appeal to Britain's Supreme Court.

RT can clearly barely contain its glee at being the first channel to pick up the show, which it says it hopes to air exclusively (despite the WikiLeaks press release touting around for additional licensers).

However, others have been quick to point out that the network, which has been accused of toeing a pro-Kremlin line, makes a strange bedfellow for a man who portrays himself as "a pioneer for a more just world and a victim of political repression."

"So, how exactly will Assange reconcile his belief in transparency/freedom with selling a show to the Kremlin?" asked Miriam Elder, Moscow correspondent for the UK's Guardian newspaper, which reported much of the secret material released by Wikileaks.

Claudia von Salzen, a journalist with Germany's Der Tagesspiegel, tweeted: "Has Julian Assange ever heard the story of the Russian whistleblower Sergei Magnitsky? He died in jail after accusing officials of fraud."