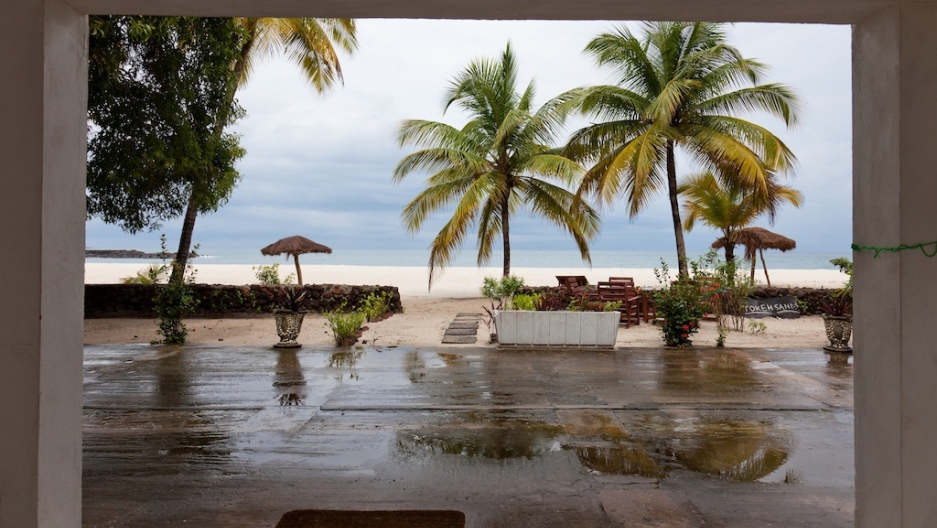 Blood diamonds, child soldiers and a brutal civil war all taint the country’s international reputation. But these stereotypes are now well out of date and for the last decade the country has enjoyed peace.

Before the war tourists used to frequent Sierra Leone’s beach resorts (some even equipped with helipads) but visitor numbers dwindled to zero during the conflict.

“In the 1980s Sierra Leone was one of the most favored tourist destinations and thousands of tourists came every week to the resorts along the peninsula,” said Umaru Woody, planning and development manager for the National Tourist Board.

Ten years after the war, 38,000 visitors arrive each year and only a small proportion of these could reasonably be described as tourists. However, over the last five years the number of people coming to Sierra Leone has been gradually increasing.

“We are not trying to oversell Sierra Leone, most attractions are not that well developed," said Woody. "We have huge potential but we need to take our time.”

The tourist board is focussing on two niche areas of the international tourist market: adventure tourism and ecotourism.

In line with this plan was last year’s opening of Tribe Wanted, billing itself as Sierra Leone’s first ecovillage.

The resort at John Obey beach is a spin off from a similar development in Fiji and attracted 100 visitors in its first season. Tribe Wanted lies between structured volunteering and resort tourism — guests help with construction, cooking and other activities.

“I was interested in going to a different country which needed tourism. If you want to go somewhere new and exciting in Africa, Sierra Leone is it,” said co-founder Ben Keene, who has just celebrated the start of the resort's second season.

He acknowledged that Leonardo DiCaprio’s film "Blood Diamond" did Sierra Leone no favors. And he admitted tourists have concerns about safety.

Undeterred, Simon Bunting, 33, flew from Britain to spend two weeks at Tribe Wanted. He said it was more of an opportunity to chill out than a working holiday and added that anything that brings money into Sierra Leone is positive.

Tribe Wanted pays the neighboring fishing village $500 a month towards a community development fund. And it provides jobs for 20 people.

While the resort is environmentally sustainable, the project is not yet financially sustainable, but the founders plan to double the number of tourists who visit this year. Their model is not Thailand’s beach hangouts but rather the ecotourism resorts of Costa Rica.

In the Aberdeen neighborhood of Freetown, a Hilton hotel is under construction on the site of an old hotel and it is due to be completed in 2014. A Radisson Blu should open early next year in a renovated former hotel, which was used as the UN’s headquarters during the war.

However, planning a trip to Sierra Leone is not easy. Research and booking hotels can be tricky online. Only Bradt publishes a guidebook dedicated to Sierra Leone and it is currently being updated.

Sierra Leone’s diplomatic representation is patchy, so, depending on where you live, it can be difficult getting a visa.

And it is not cheap, as Woody said: “The cost of a flight to Sierra Leone can be a two-week all-inclusive package in other destinations.”

Carrol added: “It is not good value for money. What you get for $100 here would not quite match paying $100 elsewhere.”

He thinks customer service must improve, and said: “You have to manage expectations of people who come here. It is an emerging destination, it is very new and everyone is learning.”

But this is an opportunity for the type of tourists who like to be ahead of the crowds.

Carrol suggests Sierra Leone should emulate Rwanda, which despite its violent history is now a tourist destination. Rwanda, however, is not encumbered by an international airport on the wrong side of a wide river estuary from its capital.

Thomas Armitt founder of West Africa Discovery, a website that promotes sustainable tourism, believes that Freetown’s awkwardly placed airport is an attraction for the right kind of visitor.

There are plans for a new airport within easier reach of the capital but for the moment, as Armitt said: “The adventure starts as soon as you get to Sierra Leone with a helicopter or a speedboat ride from the airport. Everyone who goes for more than two weeks always wants to go back. There’s something that gets you even if you have been bitten by mosquitoes and had a bad stomach experience.”