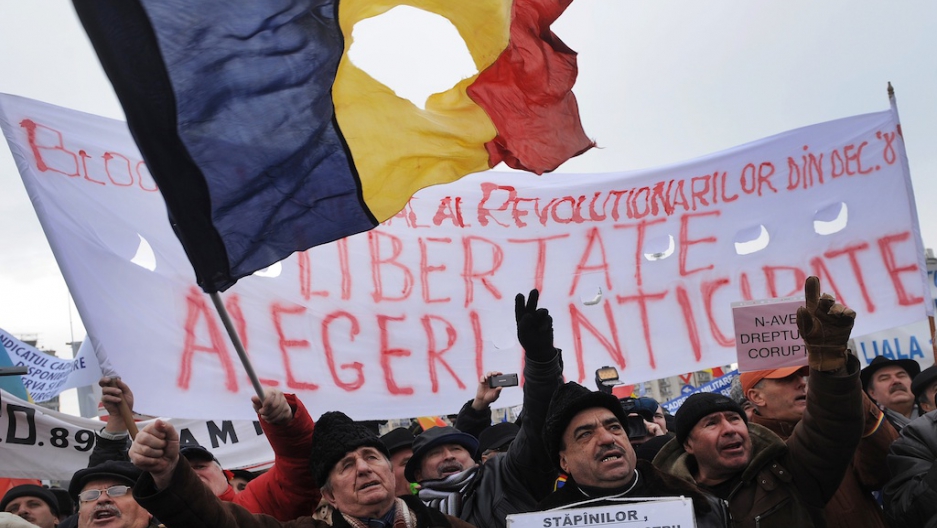 "I want to regain my dignity, I want this dictatorship formed by president and prime minister to fall," said Otilia Dobrica, a kindergarten teacher and part-time secretary who earns about $420 a month.

Demonstrations have spread across the country in the past two weeks as anger mounts over increased taxes and cuts to wages in the public sector.

The ruling party has lost much of its popularity ahead of November's parliamentary elections.

About 5,000 people rallied in the northeast city of Iasi and called for early elections.

Boc has made some concessions, though.

On Monday, he fired the country's foreign minister after Teodor Baconschi called protesters "inept and violent slum dwellers," and compared them to miners who took to the streets of Romania in the 1990s.

Cristian Diaconescu, a former justice and foreign minister and will replace Baconschi.