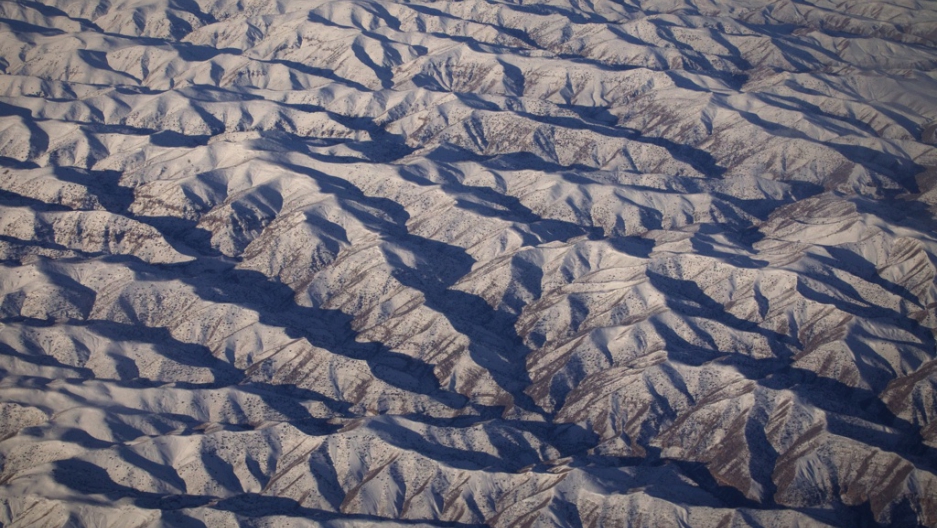 The border between Pakistan and Afghanistan has been closed to NATO and US forces, who have used the route to funnel supplies to troops fighting in Afghanistan.
Credit: Joel Saget
Share

ISLAMABAD, Pakistan — With few other options available to it since Pakistan closed its border crossings almost two months ago, NATO has at times resorted to paying local smugglers to get much-needed supplies to its troops fighting in Afghanistan, Pakistani officials say.

The Pakistani and Afghan smugglers, who must pay bribes to militants to travel safely through some areas, navigate treacherous routes over the 1,800-mile mountainous divide that separates the two countries to bring containers of oil, food and other essential items — all at a price — to soldiers on the other side.

“Borders mean nothing to us. We have been crossing in and out for centuries,” Sahib Khan, a smuggler who said NATO had hired him, told GlobalPost.

The hiring of illegal smugglers came after a failed attempt by NATO to pay private companies, which truck goods across the border under the Pakistan-Afghanistan Free Trade Agreement (PATA). These private companies, Pakistani officials said, were secretly swapping out their normal cargo for NATO supplies until Pakistani security forces caught wind of the scam.

A senior officer for the Frontier Corps, an elite military unit that is responsible for security along the border, told GlobalPost that a total ban on the movement of containers under PATA, which was signed in 2010 to promote bilateral trade, eventually foiled the strategy.

“We had concrete evidence that some of the containers being imported by private companies, under PATA, were being used to smuggle supplies for NATO troops under cover of commercial imports,” the official said.

The official said that 12 containers loaded with oil were intercepted on Jan. 19. Several more containers were stopped at the Torkhum border two weeks ago, he said.

A NATO official said he could not comment on the seized containers and denied that it is using any unconventional means to ship supplies to its troops.

“In fact, we are not facing any problems vis-à-vis logistics at the moment,” said Brig. Gen. Carsten Jacobson, a spokesman for coalition forces based in Kabul. “However we would welcome the reopening of the two supply routes in order to normalize ties with Pakistan.”

Pakistan shut the two main border crossings into Afghanistan, which have long been the most important routes relied upon by US and NATO troops, in November after US helicopters attacked a Pakistani military outpost, killing 24 soldiers.

A US report issued last month claimed the attack was a mistake and that blame should be shared between the two sides. But already weary of drone strikes operated by the CIA in North Waziristan, and bruised by the Navy Seals raid that killed Osama bin Laden in May, the Pakistani military maintains that the United States was wholly in the wrong.

“The US investigation report is structured around the argument of ‘self-defense’ and ‘proportional use of force,’ an argument which is contrary to the facts,” a Pakistani military spokesman said in a statement issued to the press on Monday.

Despite Pakistan’s defiant tone, the country’s parliament agreed in principal last week to reopen the border in February. Lawmakers, however, will also be seeking a formal apology from the Americans, something that has so far not been forthcoming.

A Pakistani official in the country’s foreign ministry said the reopening of the border might also be contingent on NATO’s agreement to pay new taxes on any supplies it ships through Pakistan. Before the border was closed, NATO had been shipping between 70 and 80 percent of its non-lethal supplies through the Pakistani border.

NATO developed an alternative route through the Central Asian States but, according to the Pentagon, the strategy is costing the United States six times more than it did to ship supplies through Pakistan.

Smuggling between Pakistan and Afghanistan has long been a profitable and vibrant business. Various trade agreements have been signed between the two neighbors in a bid to contain the practice, but high import and export taxes coupled with little government oversight, thwarted those attempts.

Mostly items like flour, edible oil, lentils, dried vegetables, contraband cigarettes, and animals for meat are smuggled into Afghanistan, while spare auto parts, electronics and unregistered vehicles are smuggled the other direction.

Smuggling is so widespread that it has become the backbone of the economy in towns and villages along the border, where locally it is treated simply as normal trade. The mountainous terrain provides an edge over security to smugglers who regularly trickle across the border without any trouble.

Sahib said that most of the food and oil supplies he has carried across the border for NATO originate from the southern port city of Karachi, and are moved through Peshawar and Quetta, and finally through Pakistan’s tribal areas, which are largely under the authority of various militant groups.

For those militants, the smugglers have been an important source of income. Smugglers are required to pay “rahdari,” or “passage,” an unofficial tax that allows them safe passage.

“Once we are onto the route, it’s the responsibility of those who receive rahdari to ensure we are able to safely enter into Afghanistan,” Sahib said.

Any smuggling that is done on behalf of NATO can in no way make up for the closed borders, however. Smugglers say they carry between 20 and 25 small containers a day while, when the border crossings were open, NATO shipped an average of 250 large containers a day — making the reopening of the borders essential to the war effort.