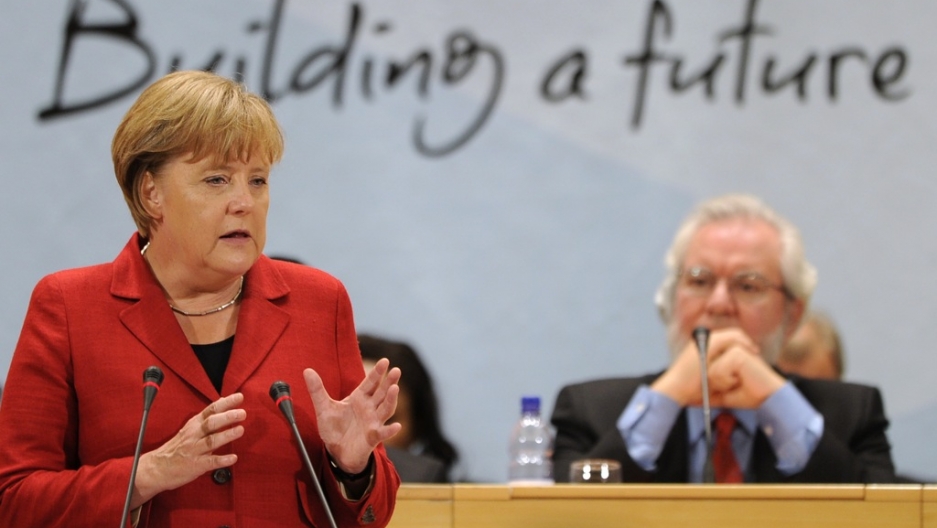 BERLIN, Germany — Germany may be the country contributing most to the euro-zone bailouts, but it may well be paying for a problem of its own making.

That, at least, is the conclusion of the International Labor Organization (ILO). On Tuesday, the UN’s labor body said that Germany’s policy of wage restraint in recent decades had harmed its EU neighbors and contributed to the current euro debt crisis.

While the industrial giant has powered ahead exporting its goods, the country’s low wages have stifled domestic demand, meaning other countries haven’t been able to sell as much to the Germans as they buy from them. The ensuing trade imbalances are a factor in the bloc’s current woes, the ILO argues.

Launching its Global Employment Trends 2012, the ILO said that policies to push down wages over the past two decades, particularly under the government of former Chancellor Gerhard Schroeder, who headed a Social Democrat-Green coalition until 2005, had benefitted the German export industry.

"Rising competitiveness of German exporters has increasingly been identified as the structural cause underlying the recent difficulties in the euro area," the report said.

"At the European level it has created conditions for a prolonged economic slump as other member countries increasingly see only even harsher wage deflation as a solution to their lack of competitiveness" it added.

In 2010 the German Federal Statistics Office reported that private sector wages had only increased by 21.8 percent between 2000 and 2010, compared to 35.5 percent for the European Union as a whole. And when one considers real wages, it reveals stagnation, with an actual decline recorded between 2004 and 2008.

The ILO argues that Germany’s recent export boom owes little to this wage restraint and more to German firms concentrating on dynamic emerging economies. “At the same times, low domestic demand has held back stronger services sector growth with adverse consequences for labor productivity in that sector and the aggregate economy.”

The report’s authors argue that if Germany would end its low-wage policy it would create “positive spillover effects to the rest of Europe.