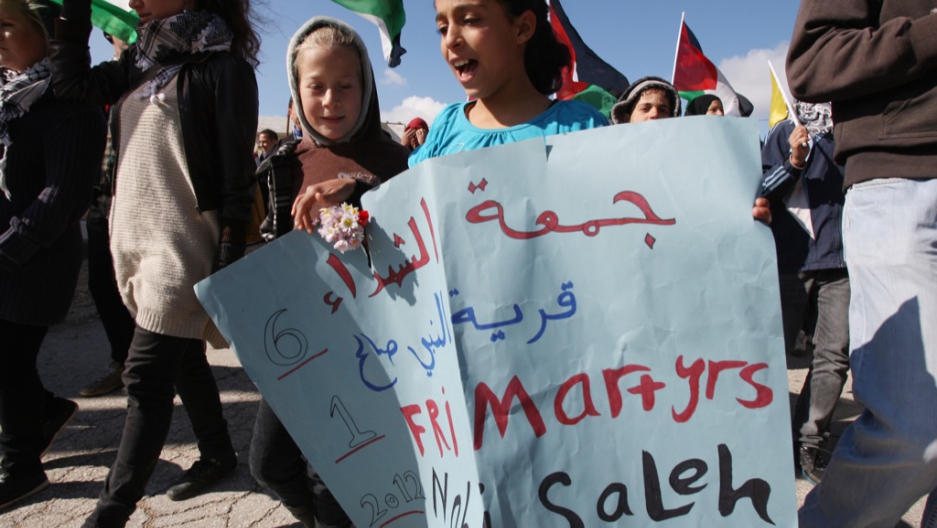 YaLa Young Leaders are rising up. Here, two young Palestinian girls take part in a weekly demonstration against the construction and expansion of Israeli settlements on village lands in the West Bank village of Nabi Saleh, near Ramallah, on Jan. 6, 2012.
Credit: Abbas Momani
Share

Just beneath the radar of formal diplomacy and strategic talks, the largest peace conference in the history of the Middle East is underway today.

Facebook is hosting, Tel Aviv’s Peres Center for Peace is sponsoring, and everyone who is anyone, from Jordan’s Prince Hassan bin Talal and Secretary of State Hillary Clinton to blind opera superstar Andrea Bocelli and legendary Barcelona football coach Pep Guardiola, are participating, alongside some 50,000 young citizens representing most of the Middle East.

Ya-La, a play on several Semitic words, including the Arabic “yalla” (lets go!) “ya allah,” (good God!) and the Hebrew ya’aleh (“to rise”) is a hybrid popular-uprising-cum-establishment-fostered initiative that is attempting to motivate young middle easterners who feel alienated from the machinations of their leaders to feel a stake in their region’s future.

(The fourth round of Quartet-sponsored Palestinian-Israeli talks will take place in Amman on Wednesday, under the auspices of EU Foreign secretary Catherine Ashton, but no one, including Prince Hassan, seems to be paying much attention.)

“I am delighted to send greetings to all of you who have gathered in this virtual space to help shape the future of the Middle East,” US Secretary of State Hillary Clinton said via a recorded video, projected on a YouTube billboard in a virtual park.

“You come to the table with the hope that you can look past your differences and lay the foundation for peace, and I admire your resolve to engage in these very difficult discussions. Your voices will continue to be invaluable in the process.”

The conference was conceived by the President of the Peres center, Uri Savir, and by his counterpart, Salah ElAyan of YaLa Palestine.

“I believe that there is urgent need for change towards peace in the middle East” Savir told GolbaPost. “And I don’t think that change can come from the existing political leadership.”

“The two agents for change in this region are the young generation and the internet. This has been proven by the social transformation of the Arab Spring and also by the Israeli protest movement. So we decided to bring these two forces together to work for peace.”

Seven months ago Savir and ElAyan created the “YaLa Young Leaders” page on Facebook, in the hope of encouraging dialogue between young Israelis and Palestinians. To their surprise, thousands and thousands of far-flung middle easterners signed up.

The virtual conference’s goal, Savir, a veteran of the Oslo peace process says, is to empower a young generation.

Following the conference and background committee discussions, YaLa’s steering committee plans to approach regional leaders, the EU, the US and Russia and say, in Savir’s words, “We have 50,000 young people on board, and this is what we want.”

One of the YaLa movement’s ultimate goals is to establish a regional leadership academy, through which young Levantines will be able to take courses in good governance and public policy, possibly sponsored by a major American or European university. For now, contacts are in the initial stages. “We have 50,000 people who would love to acquire the tools to become future leaders, and we need them, Savir says.

More from GlobalPost: Does Facebook and social media change your brain?