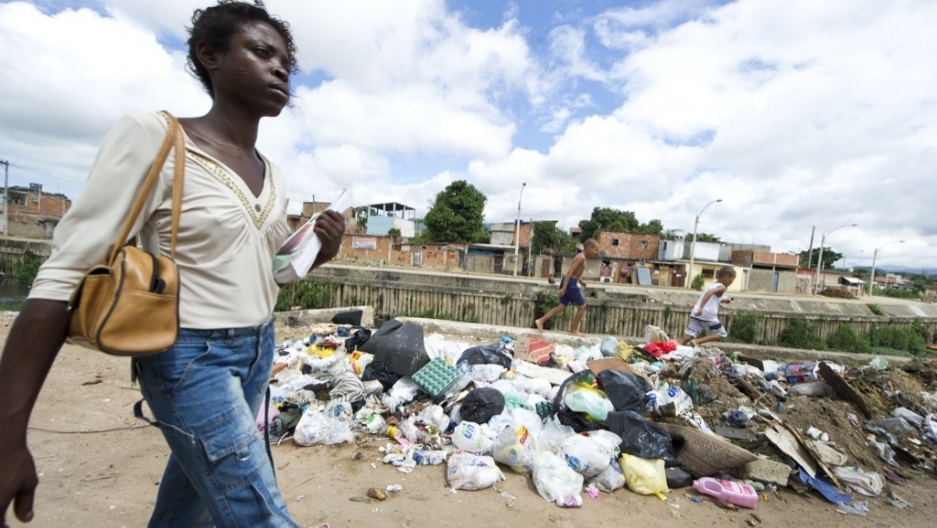 Many Brazilians are still waiting for their personal economic booms to start.
Credit: ANTONIO SCORZA
Share

SAO PAULO, Brazil — Brazil has one of the fastest-growing economies in the world. But can those gains wipe out poverty?

President Dilma Rousseff is betting that it can.

Most people know about the glitz and glamour of cities like Rio de Janeiro and São Paulo.

But the impoverished in those cities’ slums, and in particular in the poor northeastern part of the country, often go unnoticed amid Brazil’s massive economic boom.

Her government has committed to eliminating extreme poverty — known as miseria, in Portuguese — in two years. The government's plan, known as Brasil Sem Miseria, or Brazil without Misery, includes investment in health and education plans, as well as a government-assistance program that pays small amounts to rural families each month.

But the global economic downturn may stall that plan. Latin America has been largely isolated from the crisis that hit the US and Europe, due to smart fiscal policies and continued demand for commodities.

Now, though, as Europe is caught up in the crunch, even powerhouse Brazil is feeling the pressure. Its economy grew 7.5 percent 2010, but only 3.8 percent in 2011. The slowdown is projected to continue this year, which is likely to crimp anti-poverty initiatives.

“If you look at it in per capita terms, the average English citizen has an income four times larger than the average Brazilian’s,” says Simão Davi Silber, a longtime professor in the economics department of the Universidade de São Paulo. “[The growth in the northeast] started from a very low standard. Even if it grows very fast, you’ll still find a large part of the population is very, very poor.”

The history and demographics of Brazil’s poor underscore the complexities in addressing the problem.

The northeastern part of Brazil has traditionally been the most neglected region of this vast nation of 191 million, ever since the early days of occupation by the Portuguese, who brought with them African slaves to help colonize their newfound gem.

There remains a racial component to the poverty. Brazil is for the first time a majority non-white nation. But the highest percentage of mixed-race and black people live in the north and northeast.

It’s also geographical: many of the residents in this region live in rural communities, which offers limited access to aid and government services. The rutted, or nonexistent roads also make it difficult to send children to school, when one exists in their area.

The average monthly salary in the northeast is a little over $450, the lowest in the country, which has a monthly average of $680

Wealth inequality, measured by the Gini coefficient, is also slightly higher here, at 0.530, than the nationwide figure, 0.526.

Still, government officials have said they remain committed to their plan, citing the progress that has been made so far.

Today, the northeast is the fastest-growing region in the country, with its illiteracy rate dropping by 7 percent in the past 10 years. Tourism has grown, and many large-scale companies have set up factories in the nine states that make up the region.

And the income gap seems to be closing. In 2000, the richest 10 percent of Brazilians’ earnings made up 51 percent of all incomes in Brazil, whereas the 2010 census shows that number has dropped to 44.5 percent.