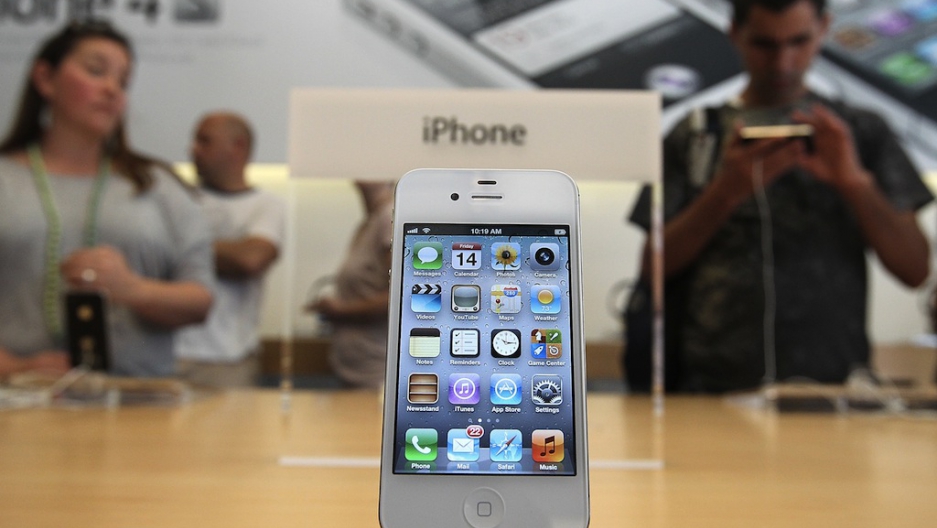 MALMO, Sweden — Apple’s Siri, the natural speech digital assistant that was the key draw of the iPhone 4s, has its first competitor.

But Evi, which went live on Monday evening, is not the creation of a Google or a Microsoft. It’s the brainchild of William Tunstall-Pedoe, a British start-up entrepreneur who until a few years back taught computer science at the country's august Cambridge University.

“Evi Lives!”, his start-up, True Knowledge, announced on its blog Monday evening, as the app first became available for download for iPhone and Android users.

Within hours it had shot to being the top download in the lifestyle category of Apple’s App Store, crashing True Knowledge’s servers.

“There’s been all sorts of positive coverage and that’s led to a ton of traffic hitting our servers,” Tunstall-Pedoe told GlobalPost.

“We’re in the top ten iPhone apps and we’re the top app in the lifestyle category, and that’s just based on the downloads we’ve had in the last 15 hours.”

There are several things that Siri does that Evi doesn't do, at least not yet. For example, Siri can direct your phone to call people, and bring up files and the like. In contrast, Evi only answers questions, but Tunstall-Pedoe said that his company is planning to add phone-controlling functions later.

He added that Evi is in many ways more advanced at artificial intelligence than Siri.

“Evi knows a lot more than Siri does internally," he said. "Answering questions directly is what Evi does best. We’ve got approaching a billion facts, and that’s what enables Evi to understand the user.” True Knowledge had been about halfway through the nine-month long development of Evi when Apple launched Siri," he explained.

“The things that are similar between Siri and Evi were already in Evi before Apple launched Siri,” he says.

An “Evi vs Siri” table True Knowledge has drawn up spells out Evi’s advantages.

Siri, it says, has “limited native question answering”, whereas Evi’s “vast knowledge base of fully understood knowledge” allows it to “understand and answer questions using inference and other techniques.” The presentation then lists a sequence of easy questions which flummox Siri but which Evi understands faultlessly.

“Cryptic crosswords are something it is very difficult for a computer to understand, and it has some similarity to understanding what a user means,” he told GlobalPost.

“The broad undercurrent is that I’m attracted to things which it is very difficult for a computer to do,” He claims that Crossword Maestro, his 1998 program, was the only program ever written which allows computers to solve cryptic crossword puzzles, a task that had previously been viewed as impossible for machine intelligence.