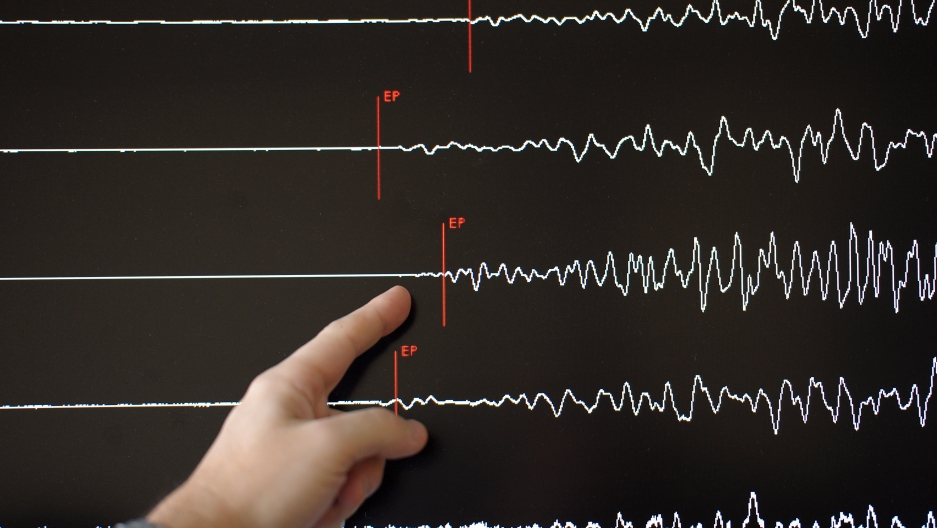 A technician of France's National Seismic Survey Institute, or RENASS, presents a graph in March in Strasbourg as it registers a major earthquake in Japan.
Credit: FREDERICK FLORIN
Share

A moderate earthquate struck in the northern Dominican Republic today causing no injuries or damage, according to the Associated Press, which said the quake was given a preliminary magnitude of 5.1 on the Richter scale.

Citing information from the US Geological Survey, the AP reported that epicenter of the Dominican Republic quake was in the coastal town of San Rio, about 155 miles north of the capital Santo Domingo and 22 miles northeast of San Francisco de Macoris.

According to the AP, the Autonomous University of Santo Domingo said its equipment recorded a magnitude of 5.4. Juan Manuel Mendez, director of the country's Emergency Operations Center, was quoted as saying that emergency workers had dispersed among settlements along the country’s north coast to inspect for damage or injuries but that so far they had not reported any.

The quake was felt as far away as northern Haiti’s Cap Haitien and in the west coast of Puerto Rico.

CNN reported that the Chile earthquake occurred about 10 miles below the surface and about 40 miles north of the city of Concepcion and that several after shocks were reported. The provincial emergency management director, Gonzalo Arroyo, was quoted as describing the quake was “just a scare.”

According to the AP, the area was devastated by a “massive” 8.8 magnitude earthquake just two years ago. The Chilean navy announced that the latest earthquake was not likely to produce a tsunami. The quake struck at 1:04 pm local time, according to the USGS.

Meanwhile in Hawaii on Sunday yet another earthquake was reported to have struck the Big Island, according to the AP. The news agency said the quake struck beneath the south flank of Kilauea volcano in the Volcanoes National Park at 4:36 pm Eastern Standard Time.

The AP said there were no reports of damage and, citing the National Weather Service, reported that there was no tsunami threat.