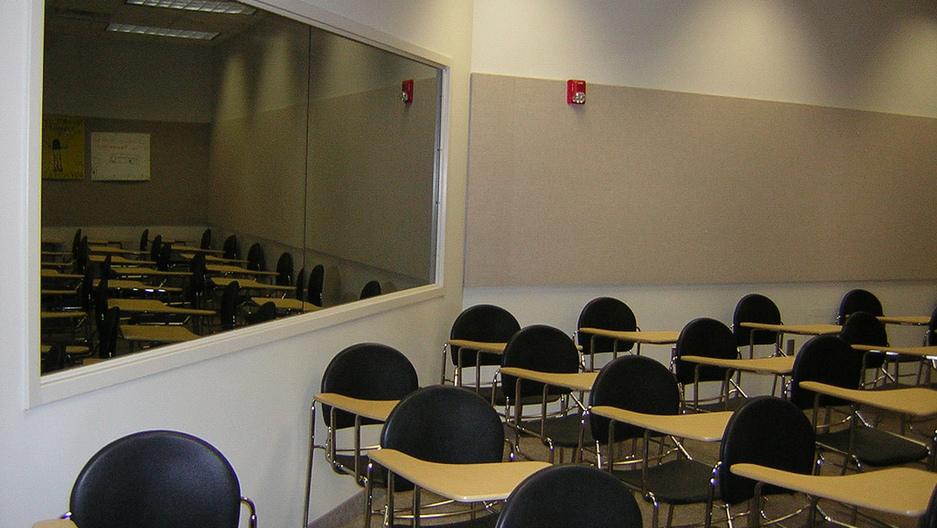 In classrooms, the full view of history is rarely fully discussed, because many times it may be too politically thorny an issue. (Photo by Cherice via Wikimedia Commons.)

A ban on ethnic studies in Tucson, Ariz., and a resistance to teaching climate change as an accepted body of knowledge in certain school districts around the country raise a broader question.

Are their pieces of history or parts of science that are simply too hot to handle in a classroom, where active debate may get away from the truth while consensus on what to teach may be hard to find.

Jonathan Zimmerman, chairman of the history and education department at New York University, said there have always been difficult subjects to teach in American classrooms — but those subjects have changed over time.

"In mainstream American history textbooks, before the 1960s, slavery was either omitted, or, in the worst case, was depicted as a beneficent institution developed by white people to civilize barbaric Africans," he said. "It was only because of protests against those books, mainly by African-American organizations, that textbooks started to address slavery."

African-Americans actually had to resort to making their own textbooks, especially for segregated black schools, that more accurately depicted what slavery was and how it came to be outlawed.

Or take Andrew Jackson, the man depicted on the $20 bill and revered by people like Newt Gingrich. If you look at his legacy, however, you see a president who suspended the U.S. Constitution, thumbed his nose at the Supreme Court and was responsible for developing the tactics used to exterminate millions of Native Americans. But none of that is taught in classrooms.

"It would be difficult, but that doesn't mean we can wash our hands of it," Zimmerman said. "(Jackson) is an extraordinarily complex figure. He was really one of the critical figures in creating what became the Democratic Party. He was very much a populist figure."

And that complexity, his strengths and weaknesses, need to be shared with our kids. But it's not — because that would mean, Zimmerman said, admitting to students that adults disagree about the legacy of Jackson.

And sometimes, dealing with the layers of historical figure can mean it's harder to actually teach a lesson. So, often, subjects are punted for a later grade.

"It's not easy to deal with these tensions. Obviously, they're emotional. Often the cut to the core of whatever racial or ethnic identity we've adopted," Zimmerman said.

Zimmerman also said that society's moves to limit teacher's free speech rights in the classroom make it harder for them to feel comfortable grappling with sensitive topics.

"We really don't have a K-12 tradition of academic freedom," Zimmerman said. "But that's not to say we shouldn't be fighting for it."

Or take the decision by the United States to drop an atomic bomb on Hiroshima and Nagasaki — the only time nuclear weapons have been used in war.

The criticisms of that decision, including all of the civilians who were killed, are often not taught in American classrooms, choosing instead to view it as a way that the United States saved the lives of its own soldiers as well as Japanese civilians, who would have been killed in an invasion.

"There's an enormous historical debate about the validity of that statement," Zimmerman said. "But I'm not saying that's wrong. The problem is we teach it as right."

Zimmerman said when he taught the lesson in the 1980s in a high school, he shared with his students passages from Japanese and Soviet textbooks, to compare to the American version.

To this day, he said, he hears from students who remember that tactic — and how different it was from most of how they learned.