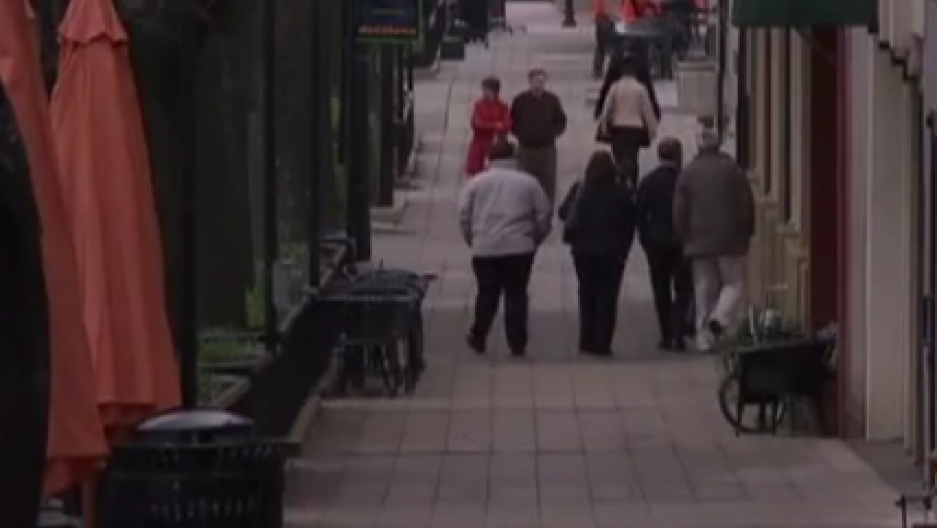 Voters in South Carolina will head to the polls on Saturday, taking their chance as the next set of candidate to cast judgment on the Republican presidential contenders. (Photo from AP video.)

Republicans in South Carolina go to the polls on Saturday and, between now and then, they've got a lot to think about.

There's Rick Perry dropping out of the race. There's Newt Gingrich's ex-wife's explosive comments in an interview with ABC News. There's Mitt Romney's record at Bain Capital, and his tax rate that's lower than what's paid by many Americans, despite making hundreds of thousands of dollars. Plus, Rick Santorum is hoping to pick up a little bit of momentum with his narrow defeat-turned-victory in Iowa.

Polls are open all day Saturday.

All of that will have to be considered in a state that's far more conservative and quite different economically than either of the states that have gone before it — Iowa and New Hampshire — in the political nominating contest.

Chad Connelly, South Carolina's GOP chairman, said the political environment in his state could definitely be described as rough and tumble.

"In the past, we've seen a little bit of everything," he said. "In fact, I think this year is fairly tame, compared to some of the things I've heard happened in the past."

He described the environment as the typical, bare-nuckle brawl that is the South Carolina Primary.

Connelly said a lot of the roughest instances of the recent campaign, though, were not driven by Republicans attacking Republicans, but rather by the media and commentators. Much has been made about a gay soldier who questioned Rick Santorum on whether he would seek to reinstate "Don't Ask, Don't Tell." The soldier was booed as he finished his question.

"I don't think these are the Republican, back-and-forth of the primary," Connelly said. "I think these are media-driven things that the Democrats just don't get exposed to."

Connelly said that whoever wins in Florida will be the prohibitive favorite to be the ultimate Republican nominee.

"We pick presidents is our motto," Connelly said. "Whoever wins here is going to go and be the eventual nominee."

Of course, if all of that isn't confusing enough, there's Stephen Colbert, who's not on the ballot in South Carolina but is seeking to drive support to himself by way of Herman Cain, who's still on the ballot despite having dropped out of the race months ago.

"Nobody can stop him from doing that. That's kind of what he does. He's a provocateur, and he's an entertainer," Connelly said. "He's picked up on a storyline and made something of it. He can't get voted on in this primary. He's not on the ballot. There's not a mechanism for doing write-ins on the ballot. He's just having fun with it."